Going to school by day and a service crew at McDonald’s at night, Cherry didn’t have it easy. But this determined young lady did her best to study hard and reach for her dreams.

In a post on Facebook, the young graduate happily shared a photo of herself in her McDonald’s service crew uniform as she thanked the company for being part of her journey. With no one to fully support her but herself, the company played a huge role in Cherry’s success in her studies.

The young lady recalled that she was raised by her paternal grandmother ever since she and her younger brother were little. Their dad is serving time in jail while their mother had left them, working as a manicurist and now has her own family as well. 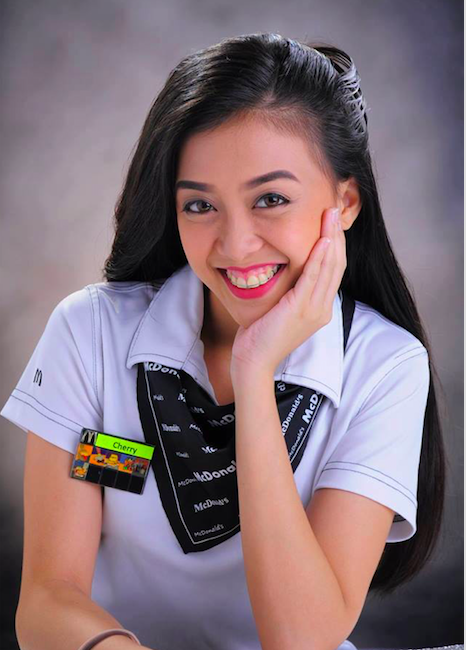 With no support from their parents, Cherry and her brother received help from an aunt, but that support was later cut off as they got older because their aunt also had a family to raise.

Thankfully, this brilliant young lady was able to find a scholarship to study in college.

As an Aboitiz scholar, Cherry was able to enroll in Bachelor of Science in Psychology at the University of San Jose Recoletos. The company pays for her tuition fees, books, and miscellaneous fees; however, it was up to her family to support her other needs. Since her family couldn’t do that, the young lady found a job as service crew at McDonald’s.

She spends her days in school from 7AM to 4PM, attending her classes and even finding time for extra-curricular activities. But at 6PM, she begins her shift at McDonald’s and goes back to her boarding house for a short rest as she ends the shift at 12 midnight; sometimes, her shift ends at 1AM.