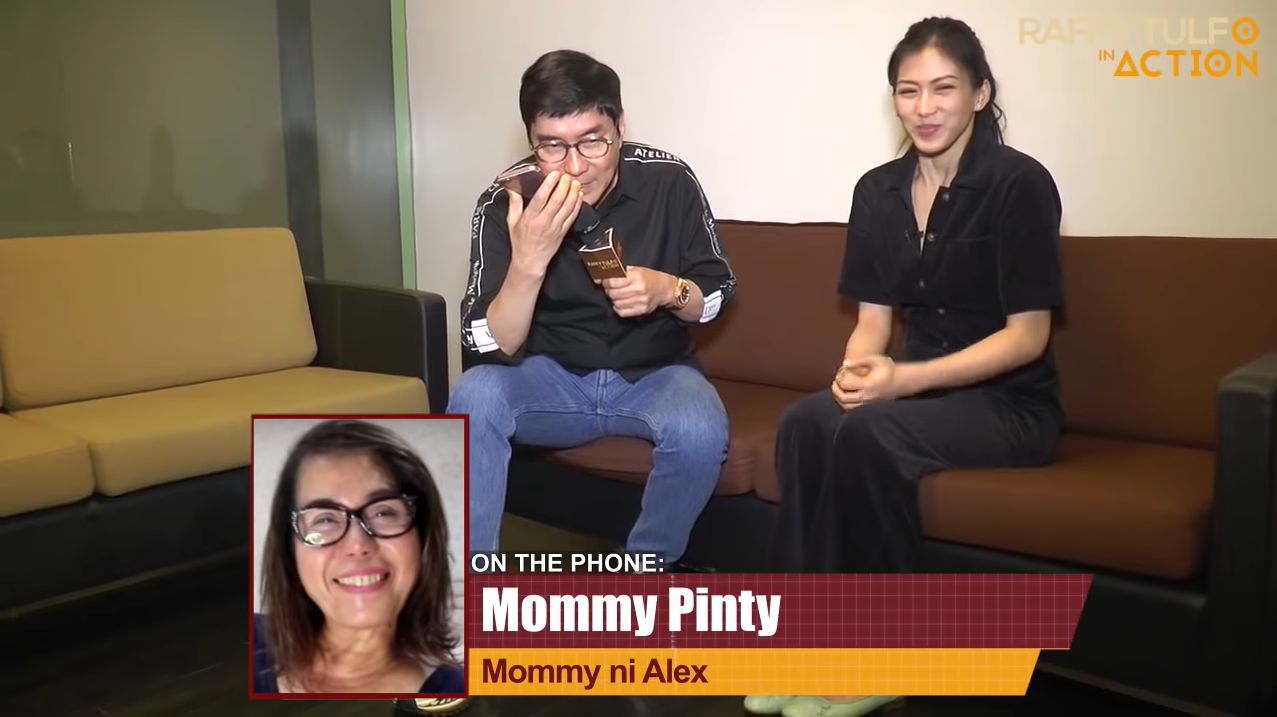 Raffy Tulfo in Action is a popular show on TV5, with over 8.6 million subscribers on YouTube. Known as the ‘sumbongan ng bayan’ or the person whom many citizens and netizens go to for help, Tulfo has solved countless cases of varying nature, from domestic disputes to international concerns of overseas Filipino workers (OFWs)!

Recently, however, an unlikely person went to the show for help – Alex Gonzaga! Uh-oh. Why was she there? According to Tulfo, Alex is complaining about her mother, Mommy Pinty Gonzaga, because the latter is too strict and would not let her go with her boyfriend on a vacation out of the country, by themselves!

While the complaint sounds too shallow for her to seek help from Tulfo, it turns out to be a prank. Tulfo is in on the joke, but the two managed to trick Mommy Pinty into thinking that Alex really went there for help. LOL.

But ever the classy lady, Mommy Pinty was able to handle the situation with poise and grace.

Alex pretended to be jealous of her elder sister, Toni Gonzaga. She pointed out that Toni had always been protected and sheltered, with people not allowed to touch her if they don’t put alcohol on their hands when she was still a baby. Every single milestone was also put in framed photographs.

But when Alex arrived, the whole barangay can visit if they wanted and she didn’t get much attention. Mommy Pinty explained that she loves both her daughters equally but admits that things are really different with an excited mom and her firstborn as compared with succeeding children.

Still, it is Alex who is closer to them. She spoke about how sweet and generous Alex is to them, with the young lady even hanging out at their bedroom at 3AM just to talk!

For many parents, recording their baby’s milestones is important. These milestones are not just important in later recalling memories of their children’s time as babies but are also markers of development that could sometimes help detect developmental issues and health problems.