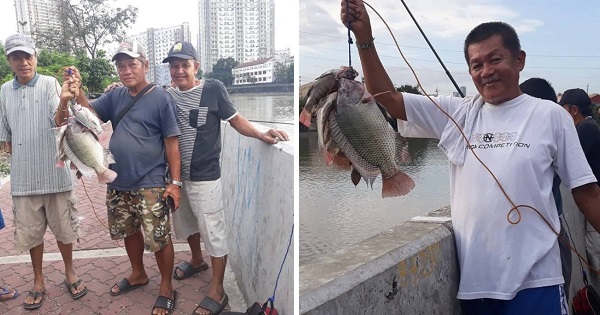 For years, decades even, the Pasig River had been so dirty that when Smokey Mountain released “Anak ng Pasig” in 1993, its lyrics told the story of how a child thought the river had always been black, dirty, smelly, and lifeless – until she saw an old photograph of the river so beautiful it sparkled under the sun.

The song became so popular that it was “Song of the Year” on Aliw Awards. It would also spark the movement to clean up Pasig River, starting with former First Lady Ming Ramos launching the fundraiser, “Piso Para Sa Pasig”.

The Pasig River Rehabilitation Commission [PRRC] was also created in 1999, with the river’s rehabilitation as the agency’s primary goal and mandate. Dredging began on the waterway and many squatters living underneath the bridges or beside the river were relocated.

By 2007, it seemed that there was hope the river would become beautiful again. Yet it was obvious that there’s so much that needed to be done before that would happen.

Fast forward to 2018. Netizens were greeted with news that the rehabilitation of Pasig River the first Asia RiverPrize Awards.

Everyone was quite impressed!

But recent proof was shown that the river has, indeed, come back to life again. Officials from the PRRC proudly shared photos of the large tilapia caught from Pasig River by residents at Barangay 900 at Punta Sta. Ana last Sunday, January 27.

Many of the fishes caught were over 1kg in weight! Wow.

Still, though the fish were huge, the PRRC cautions the residents against eating the fish caught from Pasig River – for now, at least.

“These fishes may contain traces of toxic chemicals that may cause harm to one’s health. Thus, utmost precaution is advised,” the PRRC announced.