His dad is sick and he already lost his mother, but a kid refused to give up in life. Instead, he decided to sell dried fish to support his dad and help send himself to school. This admirable determination drew netizens’ attention, leading to this kid going viral.

According to Jewel Rashia, she and her mother were eating at Jollibee Pateros when her mom noticed the kid selling downstairs. They watched the kid from the glass window, seeing him happily selling the dried fish and ‘tinapa’ to several Jollibee customers. 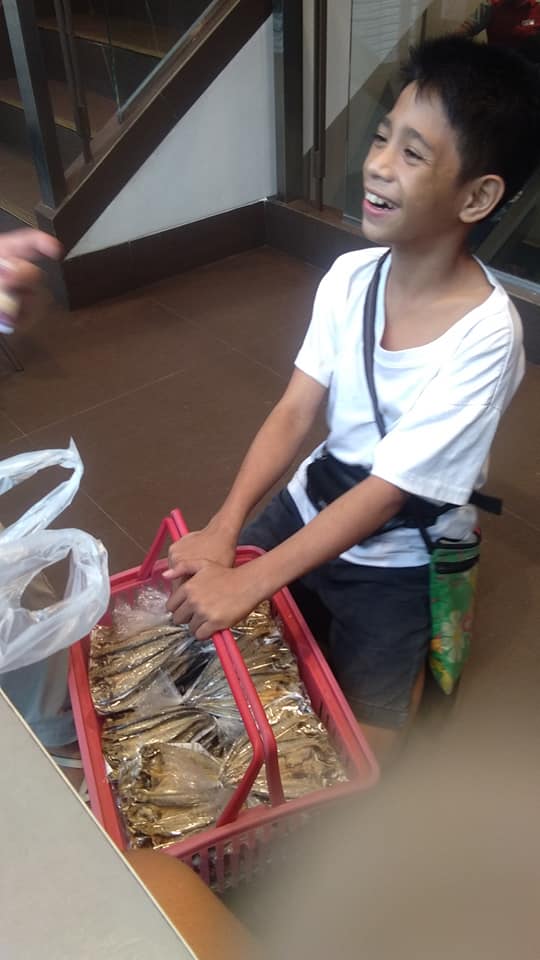 The staff at this store did not mind that this kid went inside the store to sell his goods, seeing that he is determined to support himself.

When the kid arrived at the second floor where Jewel and her mom were eating, he began to pitch his goods – and they were quite impressed that he made it sound like a great commercial! Jewel’s mom bought some from the kid, all the way also interviewing him. 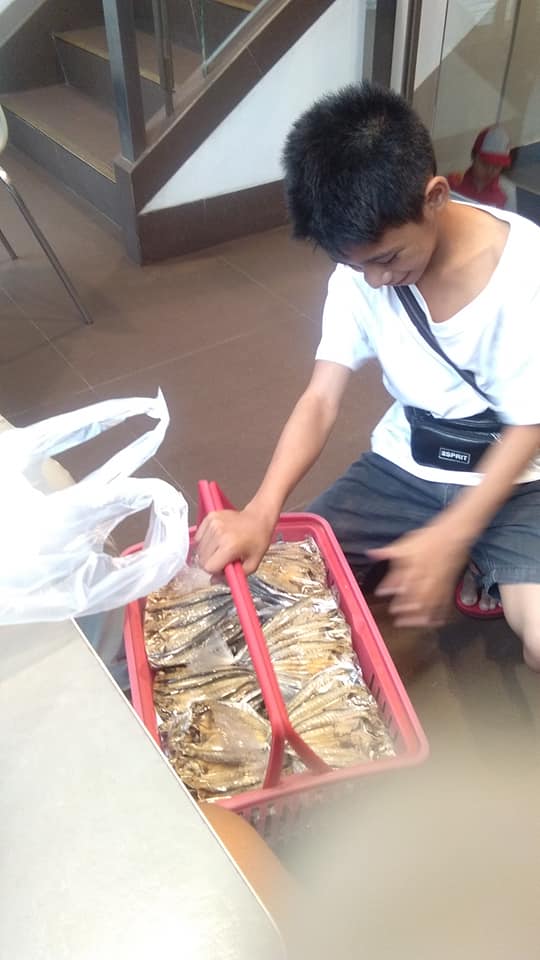 They learned that his name is Lance and he lives at the Gawad Kalinga Village in Sta. Ana. Because he lost his mother and his dad is sick, a tita sends him to school but the money is not enough. So, he sells dried fish and ‘tinapa’ to meet their day to day needs as well as help earn money for the things he needed for school.

He was teary-eyed as he shared his story, yet still determined to do his best to sell his goods to earn some money. He does not mind walking far so he could bring his products to many places so he could, hopefully, sell everything before returning home. 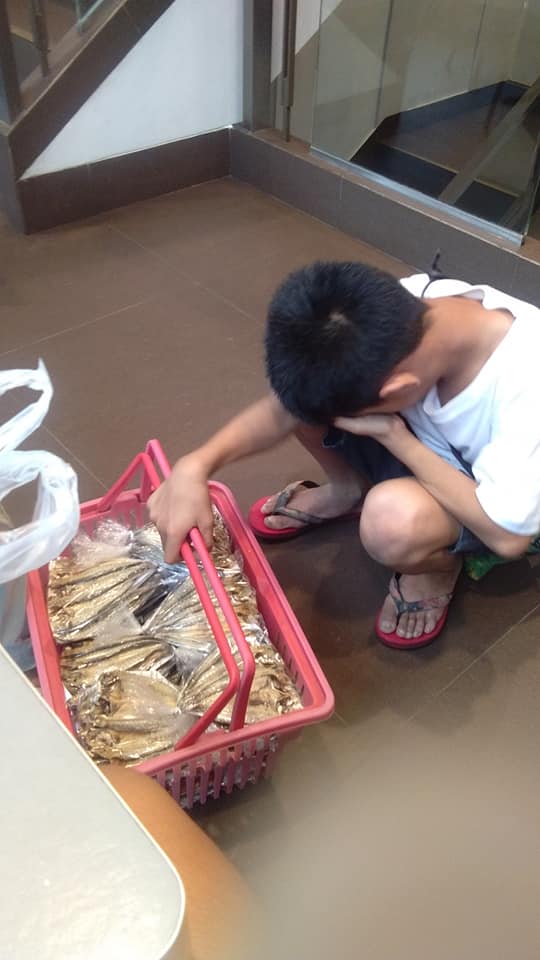 Touched by his story, Jewel shared his photos and encouraged netizens to buy from him should they see him in the street.

‘Tinapa’ is a Filipino term for fish that is preserved through the process of smoking. Technically, any fish could be used as tinapa, but bangus and galunggong are the top choices.