A ‘kargador’ might not have a lot of money, but one was able to send his daughter to college – and she would honor him on her graduation, sharing that she is proud to be the daughter of a ‘kargador’!

Mailyn Esquelito Akoy shared that other kids are happy to share that they are the children of engineers, doctors, seafarers, teachers, etc. but she is also proud to be the daughter of a lowly kargador. While her father toiled with every sack he carries on his back, every bit of that hardwork means some money for the family. 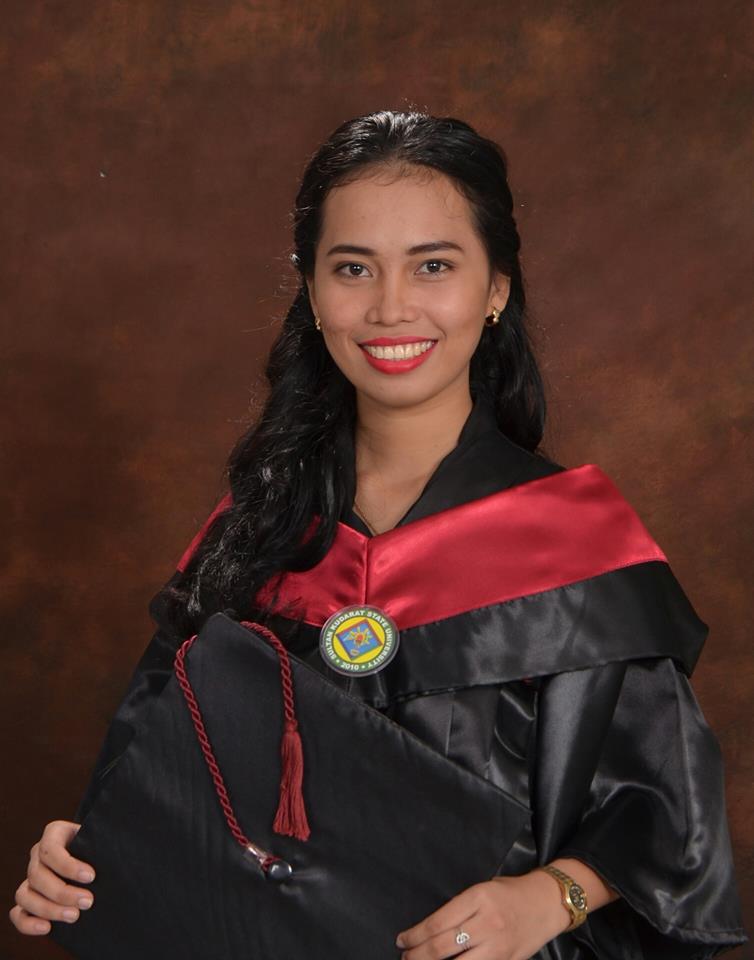 They might be poor but Mailyn saw just how her father did his best to work as hard as he could to provide for the family. They might live in a squatter’s area that easily gets flooded during rainy season, leaving them sleepless in those days, yet she used those hardships as her motivation to do better in school. 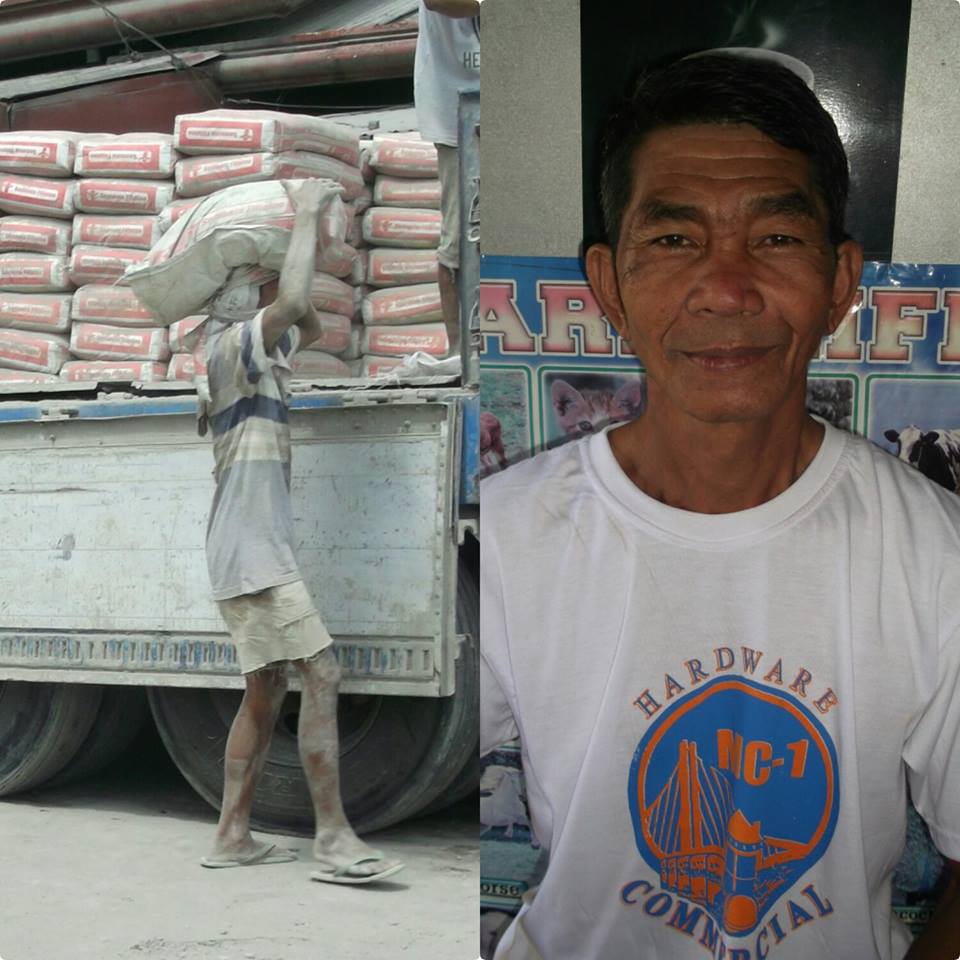 She wants to give her parents a better life – and the best way she knew she could do that was to finish her college education so she could find a good job.

She lost her elder brother to unknown condition back when they were both in third year high school. The illness was never known because they didn’t have any money to bring him to the hospital nor the PhilHealth for poor folks, she shared. 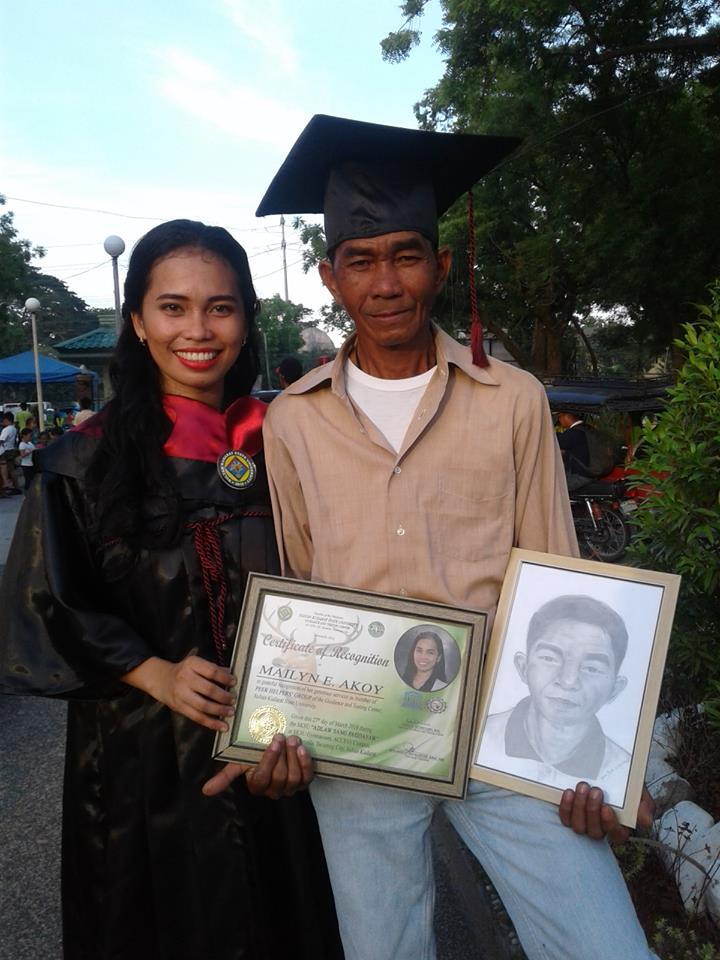 From then on, she vowed to do her best so her family would have a better future. But going to school was a financial challenge that she and the family had to deal with.

Mailyn was not able to immediately enroll in college after high school graduation because of poverty, but she managed to join the TESDA vocational courses offered at the Nuestra Seniora de Candelaria Parish Church in Sultan Kudarat where she earned a diploma on Computer Literacy. 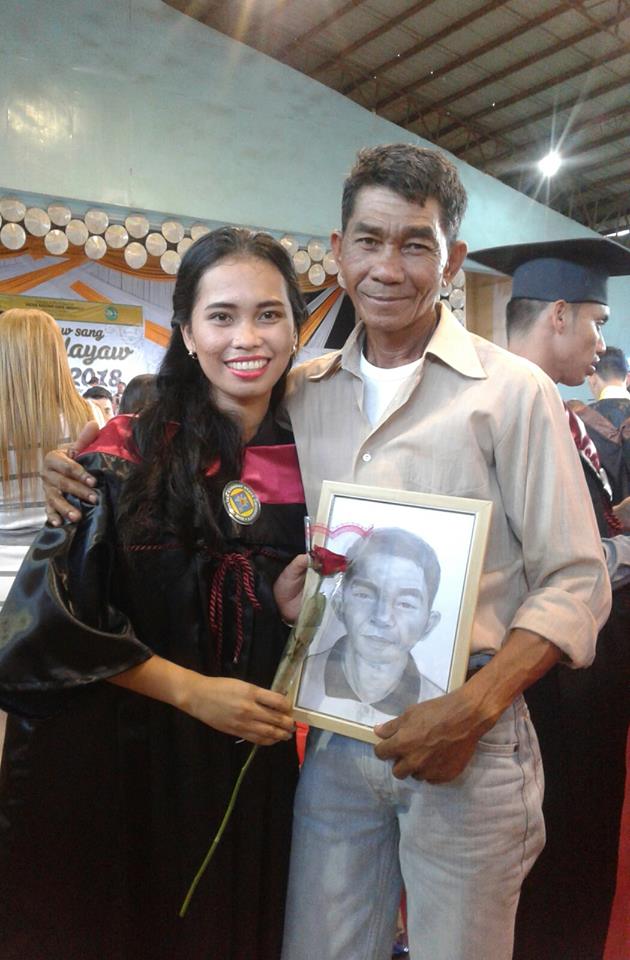 The next year, her mother had to take a ‘5-6 loan’ to pay for the downpayment after she passed the entrance exam at Sultan Kudarat State University. Her father had to work hard to pay that debt but Mailyn also made sure to do her best to find scholarships to ensure her parents wouldn’t have to worry too much about her education.

Sadly, there were people who laughed at their family for being ‘ambitious’, mocking Mailyn and telling her she would only go to school for that first semester because they were poor! 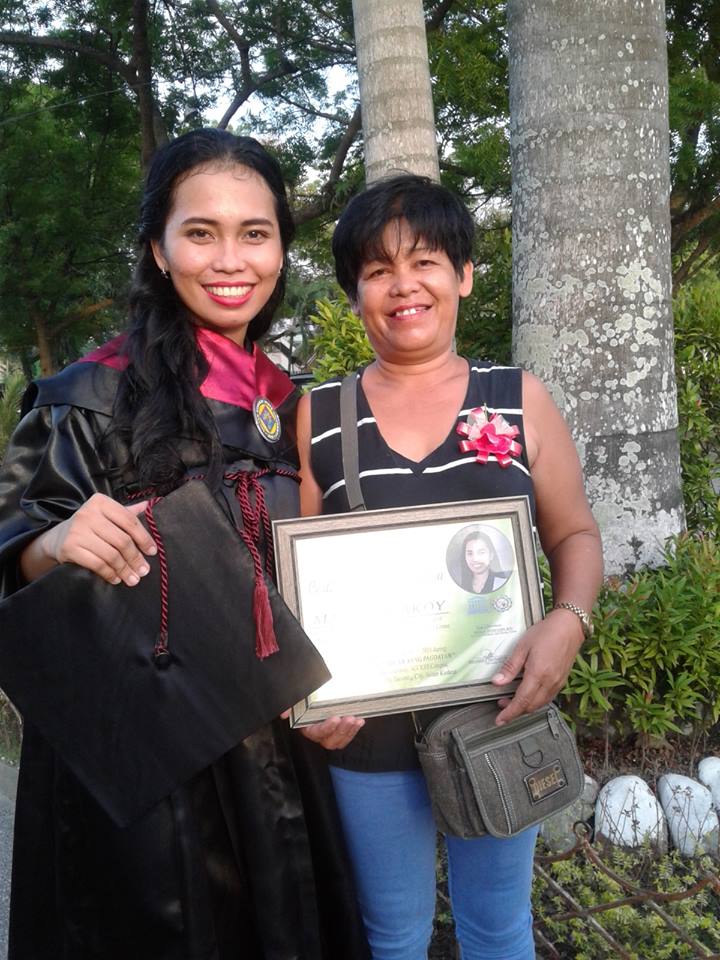 Though she found scholarships to pay for her tuition fees, she had to struggle with other needs. She only had one skirt uniform from first year to fourth year! 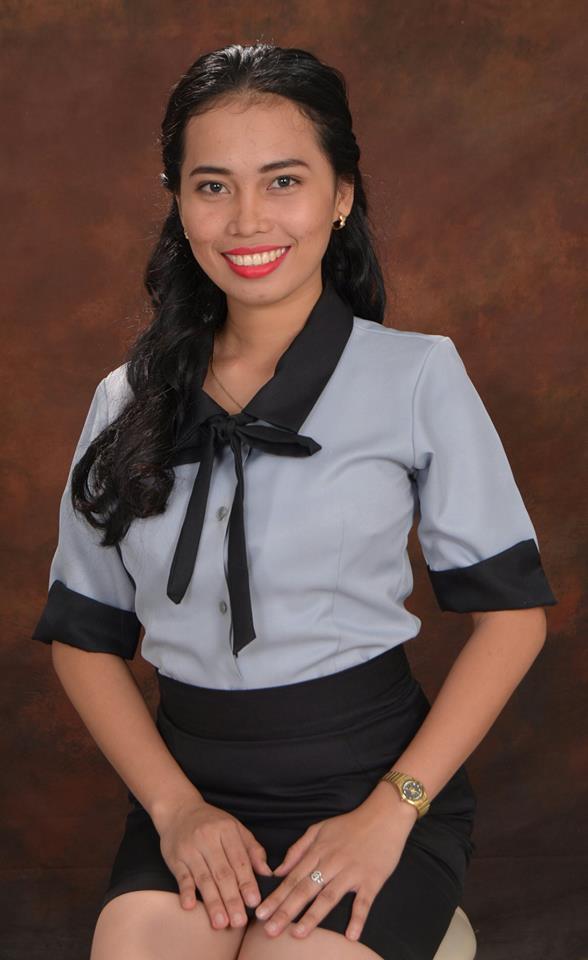 Because the house doesn’t have electricity, she makes sure to do her assignments and projects in school. Her dad would pick her up on his bicycle, but some people mocked her for that.

Despite all the hardships, Mailyn was able to graduate – and she dedicates her success to her ‘kargador’ dad! It was a sweet graduation photoshoot for Mailyn and her parents as she proudly makes them join in the pictures. 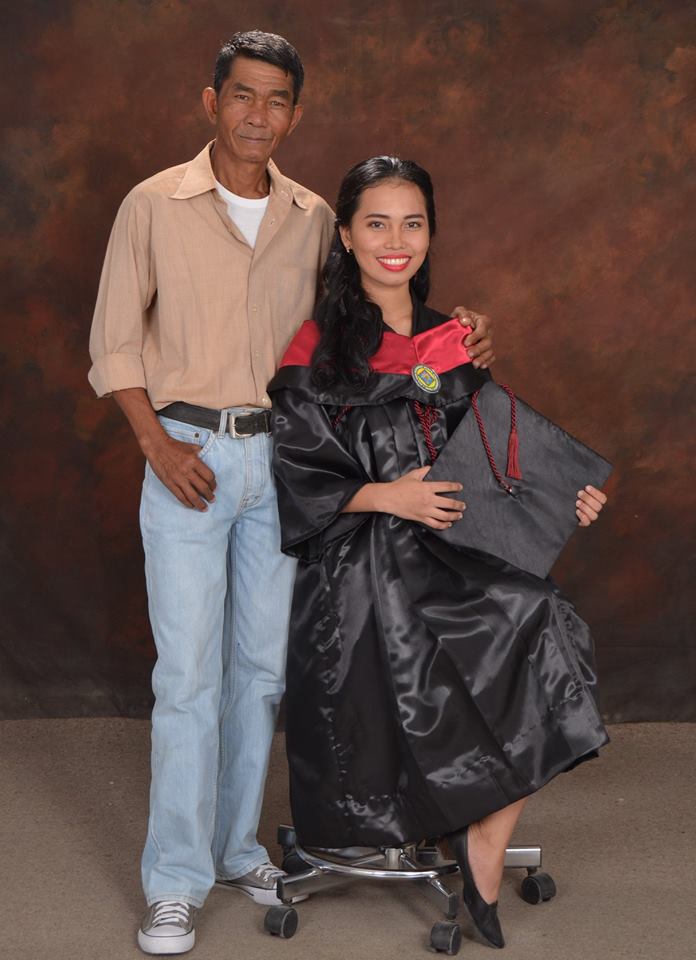 A family cheers up student crying over “low” 83 grade, with mom telling her “Ako nga 73, eh!” The sweet, cheerful interaction as they encouraged her to try better next time and not worry about her “failing” grade went viral.

Different people and families handle certain situations differently. But it’s sweet to know that your family has your back and will always be there with you, no matter how tough the situation – even if that’s a failing grade or some unsuccessful venture.

For one family that went viral, though, the “tough situation” was brought about by a student (named Julia) who was crying over her “low” grade. It turned out that most of her grades were over 90% but she has one 83% in Filipino.

She was crying over the 83%, in fear that her mom would scold her and get mad because it was low.

But when she handed the digital card to her mom, the latter laughed and told her it was alright because back in the day she even got 73% — and was already happy about it! LOL

“Ako nga 73, eh!” the mom repeatedly assured the crying student who continued to apologize and cry over the “low” grade.

The video uploader, possibly her sister, also kept on cheering her up and also laughing that she was crying over the “low” grade because she was already happy with grades in the “line of 8” back when she was a student.

She even jokingly told Julia that she would be so happy and content with getting that kind of grade that she’d be absent for two days after that because she already knows she passed the subject.

Though they were joking around and laughing, it was clear that they’re trying to cheer her up. The mom also encouraged her to try harder next time.

Because she was sad that she might not be an honor student because of the grade, the family told her it was alright! She doesn’t have to push herself that hard over a grade. Isn’t that great?

The passing grade is 75% in the Philippine grading system.

For 30 Years, Paralyzed Man Continues to Work While Lying Down to Earn a Living

A paralyzed man in Camiguin is proving everyone that his condition is not a hindrance for him to earn a living. Jerome Nacaitona could no longer move the lower part of his body but he continued to work while lying down.

Jerome’s inspiring story of strength and courage was featured on GMA’s Kapuso Mo  Jessica Soho. According to Jerome, his youthful dreams were crushed when he got into a car accident just a month before his 18th birthday. Prior to that, he kept having bad dreams not knowing it was a bad omen of things to come.

Due to the accident, Jerome lost his ability to stand and got paralyzed from the waist down.

Jerome was blamed for his condition

Since then, life has changed for him. Jerome revealed that his family even despised him and blamed him for their poverty.

Because of this, Jerome decided to move out and live on his own. He started working on selling copra to earn a living. At first, he sat down on a wheelchair until his back hurt. So, he decided to work lying sideways in a bed. Kids would sell him dried coconuts for P6 and we would turn them into copra and sell it for P41 per kilo.

Everyday for three decades, Jerome would tirelessly work bed-ridden in a bed. Using a bamboo stick, he would pick up the coconut and skin the shell. His nephew Jovy helped him smoke-dry the kernels to make it into copra.

The KMJS helped Jerome and took him to a specialist to be evaluated. Dr. Wency Daya, a neuro-spine specialist said Jerome had complete spinal cord injury. Jerome was also given a wheelchair, folding bed, groceries and financial assistance. The Department of Social Welfare and Development also registered Jerome under its persons with disability (PWD) list.

Jerome’s inspiring story is a reminder that no matter how hopeless it may seem, we still have control over lives. As the popular adage stated, “If there’s a will, there’s a way”.