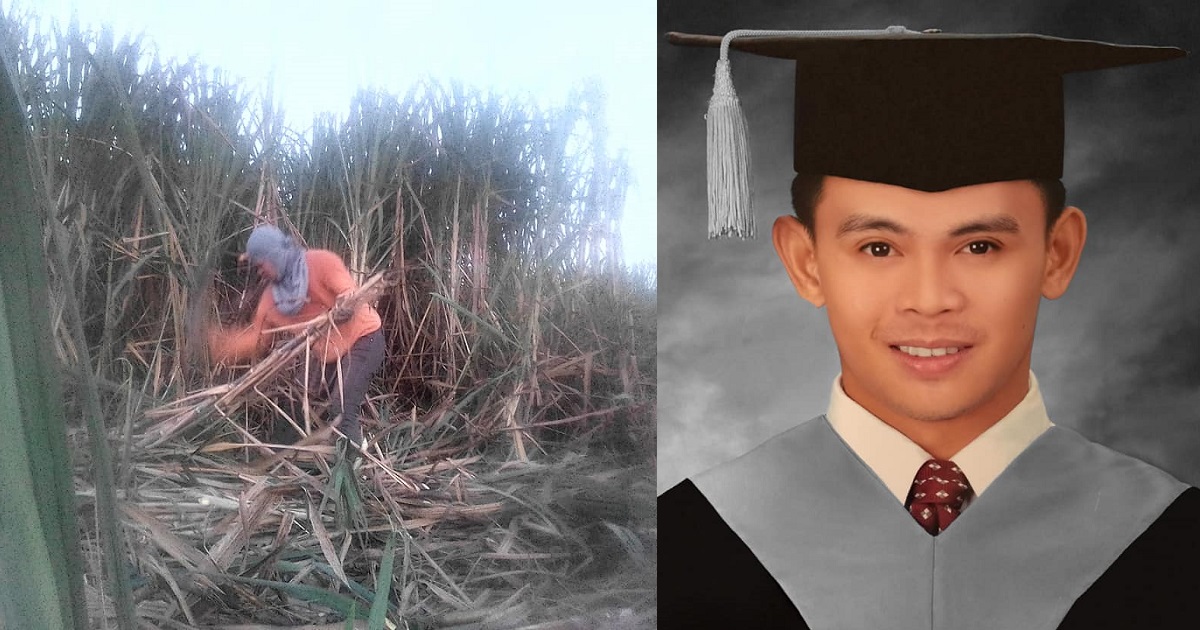 He grew up as a ‘tapasero’, helping his parents work in the sugarcane plantation for a small amount of money, but this guy would soon go viral after he achieved his dreams and became a licensed professional teacher.

Melvin Osabel Buracho shared the inspiring story of his journey from being a ‘tapasero’ to teacher. According to him, his family never believed in the importance of education. His father, who only reached Grade 6, would often discourage him from going to school, telling him that there is no money in education. Instead, his dad told him to help work in the field where there is sure money.

At first, Melvin defied his dad. He continued going to school even while his siblings had long quit to help earn money for the family. Instead, he would spend three days working as ‘tapasero’ and made sure to go to school on days when he doesn’t work in the field.

But fear of his father would eventually lead him to quit school, much to his teachers’ dismay. At 11 years old, he’s a full-time ‘tapasero’. Then, he had the chance to go back to school after a restaurant offered him to become a working student.

Melvin happily went back to school despite his father’s disapproval. He completed elementary without his parents’ support. Even in high school, his father continued to pull him down. Just days before his recognition day in 2010, he requested his father to march with him on stage; but his dad refused. This really broke him, making him hate his dad so much. But the following day, he unexpectedly lost his dad, deepening his feeling of anger and frustration.

After high school, he decided to find a job and help his siblings. Years later, he realized that he’s becoming like his dad, hating education. So, he went back to school and took up Bachelor of Elementary Education, major in General Education. He got a scholarship from the LGU.

In May 2019, he graduated from college with flying colors – the first of his family to earn a degree. And just months later, he passed the board exams! Today, Melvin is a licensed professional teacher; that’s definitely a far cry from his days as ‘tapasero’.

A ‘tapasero’ is a person who works in a sugarcane plantation. More often than not, they only a very small amount of money for the hard labor they do all day.