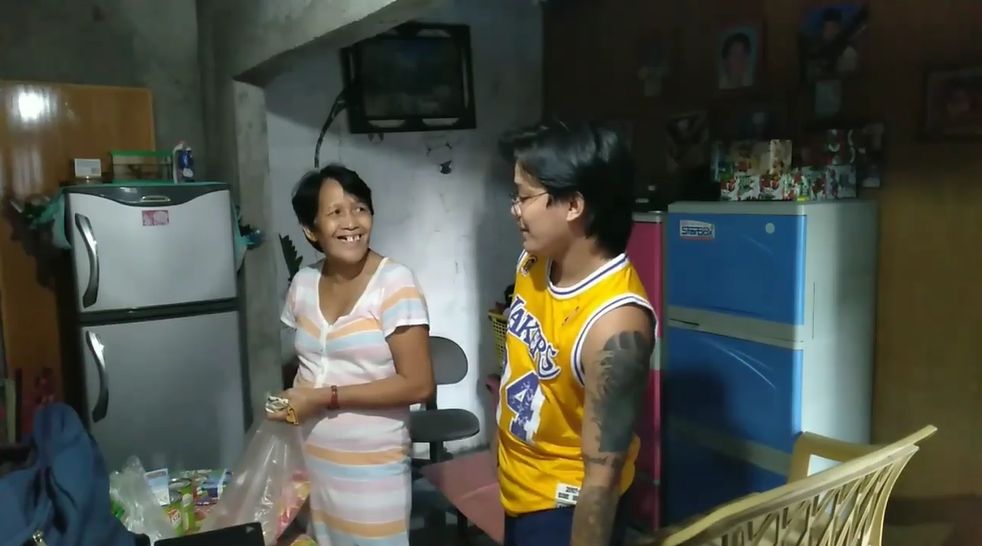 He was just trying to prank his mother with an early Christmas gift but one guy ended up unexpectedly catching a beautiful, emotional moment that would soon make a lot of people cry…

Posting the video on his Facebook account UncleJeff Laurenio, a guy named Jeff tried to prank his mother. It was a few days before Christmas and he prepared a gift for his mother, but Jeff thought it would be a good idea to prank her by asking her to open it early.

Setting up the camera from a shelf in their kitchen, Jeff found the perfect spot to take the best angle for the prank video. Moments later, his mother arrived from buying some food items. She was unpacking the plastic bags when Jeff took a gift from the bunch of gifts placed on top of a cabinet across the room.

“May regalo ako, Ma,” he told her as he gave the gift. But his mother laughed, telling him to return the gift as it was surely for his elder brother’s godchild or something. It took him a while to convince his mother to accept the box as the old woman repeatedly told him it was surely his brother’s gift.

When she finally accepted the box, she laughed at him as she joked that there should be money inside. Jeff told her there’s none because he didn’t really have any money. His mom was smiling as she tore the wrapping paper, happily opening the early Christmas gift from her son.

With the wrapping paper gone, the box inside revealed a purse that appears to have some money inside because she happily shrieked after opening it and gave him a big hug. Soon, both she and Jeff were crying as the prank turned into an emotional moment. Even their dog sensed there was something going on as it tried to join in on the hug, puzzled about what was happening.

The prank didn’t turn out as he had expected but it was the sweetest moment caught on camera for Jeff and his mom as he said that it was the first time he received that kind of hug from his mother. So sweet…

It is said that moms would always appreciate any kind of gift that they receive from their children, no matter what it might be. But here are some ideas of what you can give your mom: