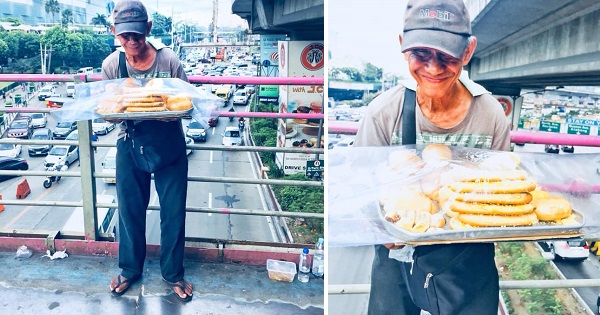 In the Philippines, a lot of companies and employers are not willing to accept old applicants in most jobs, arguing that old people are slower and less competent than the younger, more energetic ones. Moreover, aside from the age limits, the mandatory retirement age is set at 65 years old.

Because of these issues, most old people feel useless and unwanted; yet a lot of them still want to work and feel that they are not a burden to their families. While many netizens believe that old people like them should simply stay at home and enjoy their retirement, a lot of old people still enjoy being out there and interacting with customers and other people to make them feel happy. 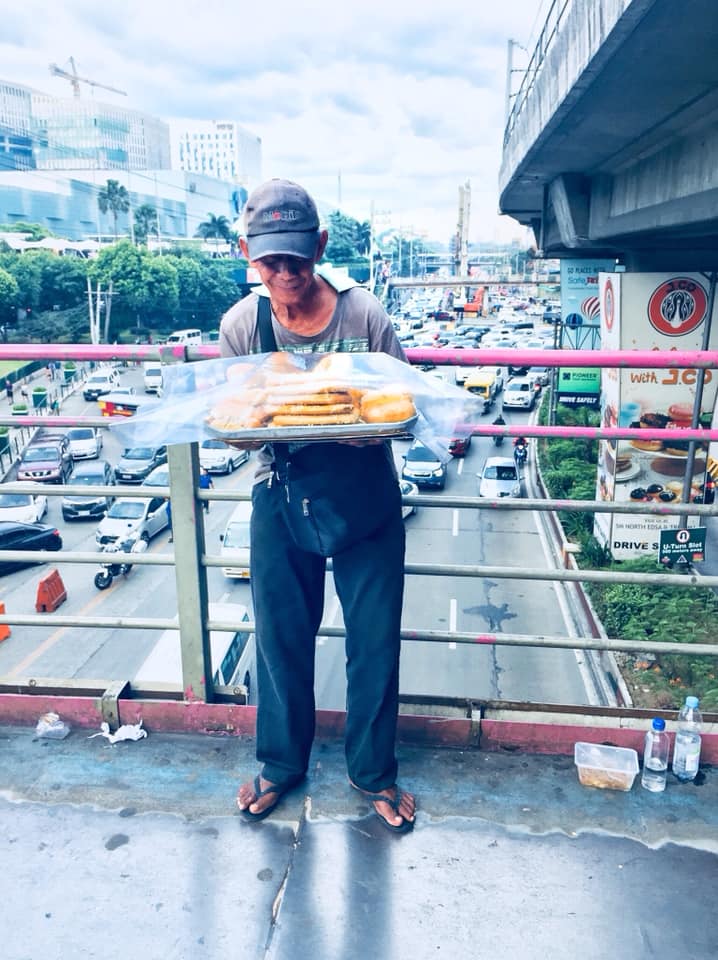 Recently, a netizen shared photos of an old man who happily sells bread at a footbridge – and this old man went viral because a lot of netizens vowed to help him by buying his bread!

Benj Samson posted on Facebook photos of the still unnamed grandpa, carrying his bread on a tray but smiling from ear to ear.

“If u see Lolo on the footbridge of SM North Edsa, buy from him pls even if u dont need to. Hardworking and good people like him deserves much more,” Samson wrote.

The post quickly went viral, gaining more than 34k reactions (mostly hearts/love and likes) and over 43k shares. A lot of netizens promised to buy bread from this old man, with quite a number even saying that they would do their best to buy out all of this grandpa’s goods so he could easily go home and rest. 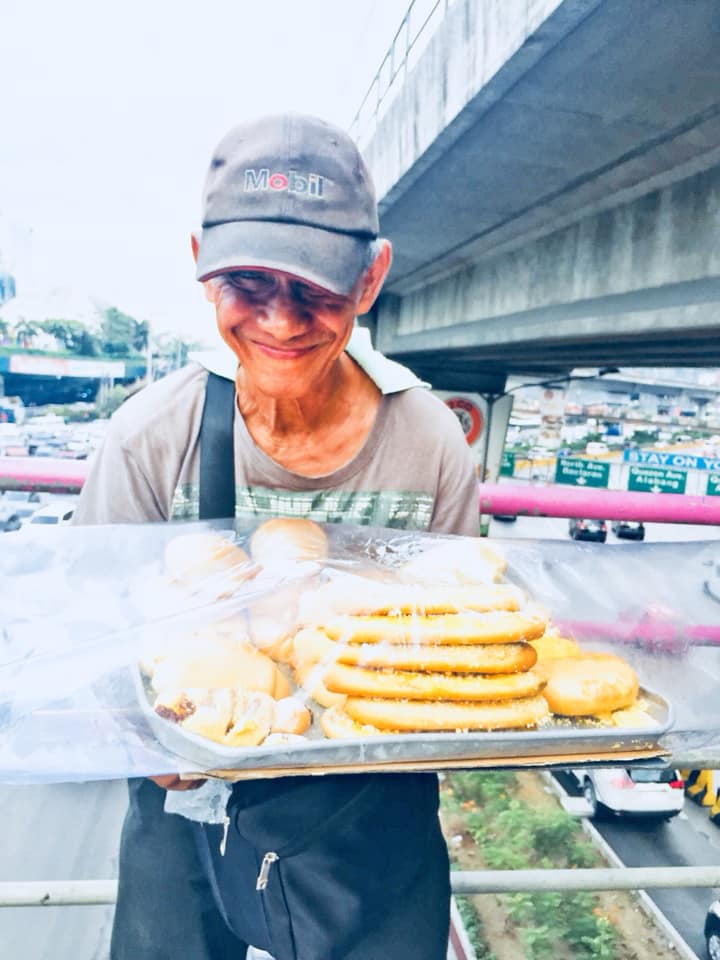 Many also expressed admiration that this grandpa is still out and selling goods even at his age, saying that he surely wants to help his family and feel that he still is a strong, capable head of the family. So heartwarming…

A lot of netizens these days take things like buying milk tea or Starbucks for granted. But a tricycle driver recently went viral after he bought milk tea so his wife could taste it for the first time! Awwwww. Isn’t that sweet?

In a post shared CNN Correspondent Rex Remitio, the owner of Citea Milktea was identified as Glydel Vizcarra, the same person who posted photos of the sweet tricycle driver.

According to Glydel, the tricycle driver entered their shop and asked whether the preparation won’t take too long. When she told him that the milk tea will be ready in just a few minutes, he requested that she make it extra delicious because it will be the first time that his wife will taste the drink.

Amazed that such guys still exist, particularly because the tricycle driver is already elderly, Glydel snapped a few photos to share on the milk tea shop’s Facebook page. Later, she posted an update to the post, identifying the tricycle driver as “Tatay Gil”.

A lot of netizens agreed, chiming in that they wished their partners would also surprise them with something even if it does not cost a lot.

What is Milk Tea?

Milk tea is a popular drink that’s made up of a combination of tea and milk, as its name clearly suggest. Usually served cold and with ‘pearls’, the drink originated from Taiwan but has become popular across Asia, including the Philippines.