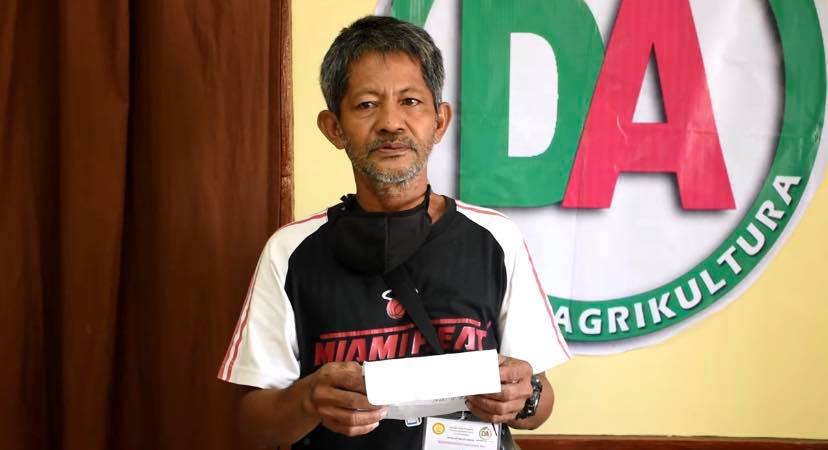 Tatay Leandro Amboy might not earn a lot of money but a garbage collector earned praise for returning the cash he received from the social amelioration program (SAP), saying that he still works. What an honest guy!

The SAP is financial assistance by the government for the poorest of the poor and the so-called ‘vulnerable’ members of society who need the money to survive amid the enhanced community quarantine (ECQ) imposed across many areas in the Philippines.

What’s sad is that there are many people who were able to receive the SAP despite not really needing the money.

There were those who had family members that are 4Ps beneficiaries, OFWs, or those who still have jobs even amid the ECQ. Many accepted the money without thinking about the others who are less fortunate.

But one honest garbage collector earned praise after he returned the SAP cash he received, saying that he is still working as job order (JO) garbage collector. His work might not give him a lot of money and he could definitely use the cash he received from the government, but for Tatay Leandro, there are others who need the money more than he does.

He only earns Php250 a day, yet he and his wife Irma are raising their first-year college HRM student of Eastern Samar State University, according to Borongan City Information Office.

Indeed, there were many who were ‘richer’ but kept the cash, yet what Tatay Leandro did is admirable. Some netizens think he’s entitled to the money as a frontliner, but for Tatay Leandro, it is better for him to work and simply share this amount to those who are not able to earn money amid the ECQ.

Leandro "Mano Lany" Amboy is a true example of the city's tagline, "Boronganon, Disiplinado Ako", after he voluntarily returned the 5,000 pesos he got from the DSWD's emergency subsidy program more widely known as the Social Amelioration Progam. Per the guidelines of said program, he is excluded from receiving the aid because he is a government job order employee serving as a garbage collector of the city.Mano Lany earns a meager amount of 250 pesos per day and with it, he and his wife Irma, are raising their first-year college HRM student of Eastern Samar State University. He is a resident of Barangay A poblacion of the city."Makalilipay nga mayda ko singko mil yana nga krisis pero igin-uli ko tungod nga maaram ak nga diri it para ha akon", Mano Lany, teary-eyed, recalled.He may be the first, but the city is soon expecting another honest soul revealing, choosing to be disiplinado in these trying times.#BoronganonDisiplinadoAko

Posted by Borongan City Information Office on Sunday, May 3, 2020

In the Philippines, a job order (JO) is a person who works on a ‘pakyaw’ or per-project basis. The job is not permanent and could even be applicable for just a few days.