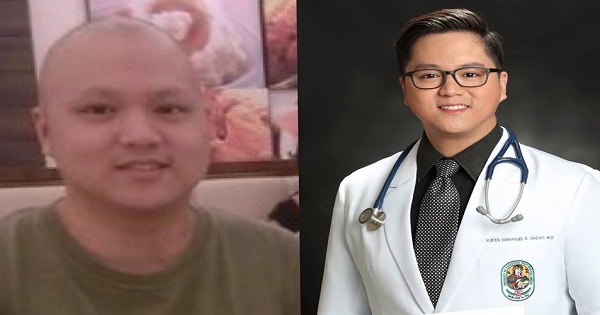 Ten years ago, all he ever wanted was to become better as he was in and out of hospitals for his ‘big C’ diagnosis but Albien Emmanuel Gacias recently passed the Physician Licensure Examination! Isn’t that incredible?

“Sobrang amazing mo Lord! Thank you! I am now licensed to heal.”

Gacias shared that he had been a nursing student at the time when he was diagnosed with the condition. It was back in July 2008 when he was still 19 years old.

As the eldest child in the family, he was scared of what would happen to him if he would not survive the difficult battle. Aside from undergoing a series of chemo and radiotherapy, he also had to surgical operation (lobectomy of the lungs).

Sadly, his victory was bittersweet. 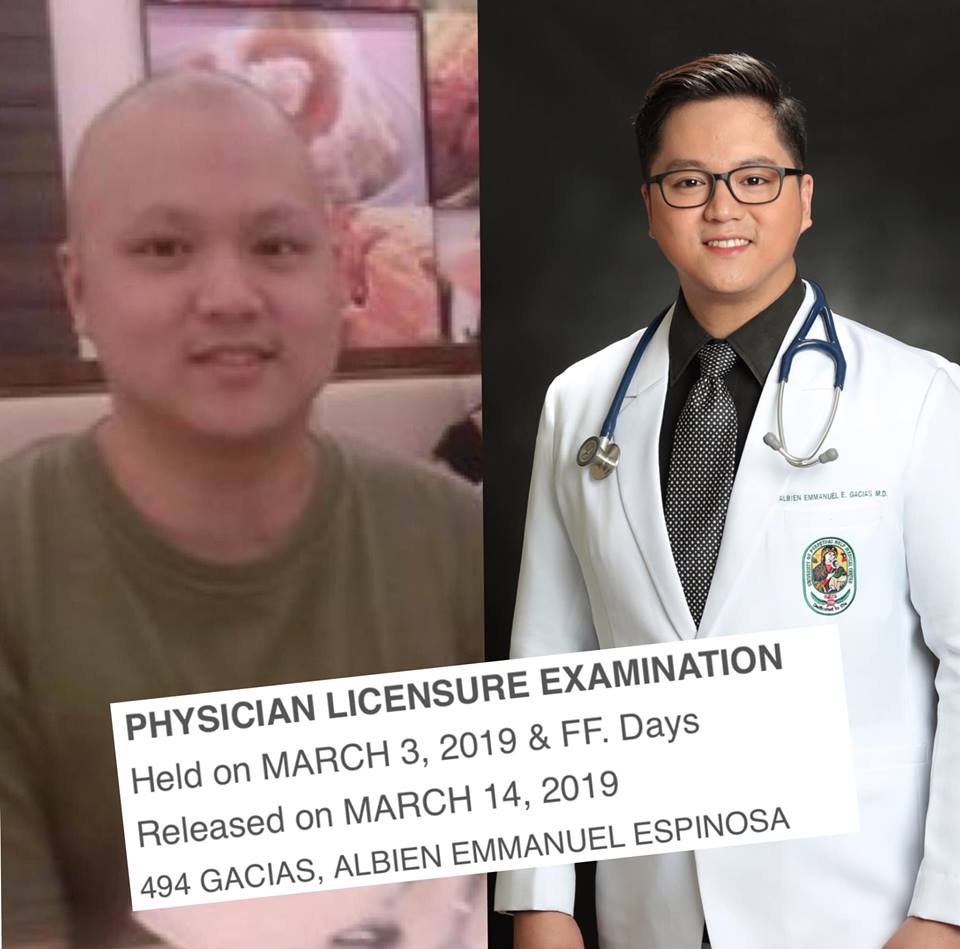 Although he had survived his bout with the ‘big C’, his mother didn’t. She was diagnosed with the condition in 2006; it had affected her pancreas whereas his was something that affected the lungs. They lost her in December that year.

What’s worse, they also lost his brother to an accident, leading Gacias to strive harder to become a doctor.

“He (my brother) is one of the main reasons why ako nag med,” Gacias explained.

He certainly is one of the best inspirations for those who are suffering from serious medical conditions to continue holding on to their dreams.

“Kahit anong struggle sa buhay just focus on your goals no matter how hard it is. Kasi God will make a way,” Gacias shared.