A foreigner went viral recently after he fixed a broken trash bin at a tourist spot in Dumaguete, Negros Oriental in central Philippines. Many Filipinos could not help but thank him for the deed and feel a bit embarrassed that they have not done the same thing…

Photos of the foreigner were taken by a high school student in Dumaguete, Angel Montermoso, who greatly admired what he did. 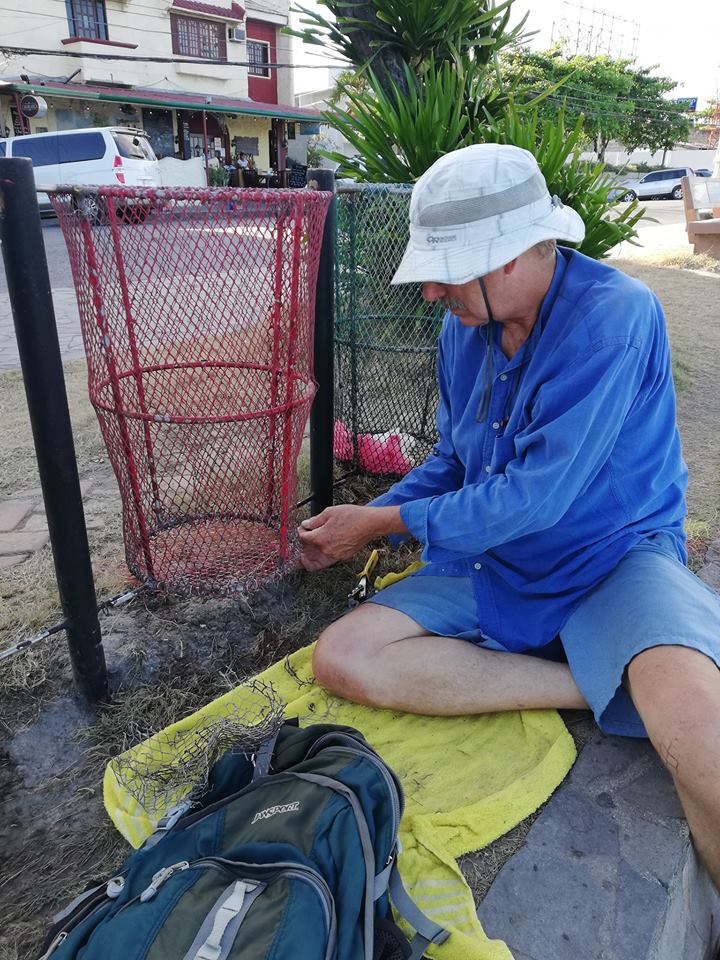 In the local language, she shared her sentiment that this guy was obviously not from Dumaguete, but he is trying his best to fix the broken trash bin. It was certainly not his job to fix that thing yet instead of complaining about the broken object, he chose to act on it himself.

It was obvious that he had most likely seen the broken trash bin in a previous visit to the boulevard, a popular tourist spot in the city, because he was bringing some tools and materials. 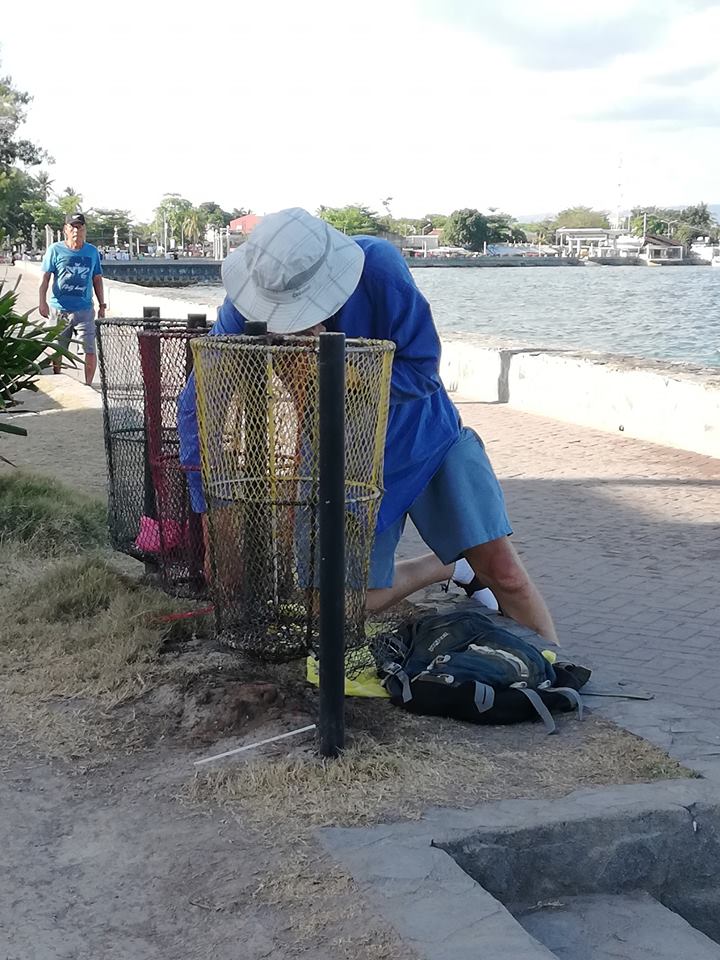 While Montermoso was not able to ask the foreigner for his name, she was deeply touched by his gesture to help keep her hometown clean and beautiful that she snapped some photos which she posted on her Facebook account.

“Woah. We should be ashamed of ourselves here because he doesn’t come from here but is the one repairing the damaged trash bins at the boulevard. Thank you, sir! God bless you,” she wrote in Visayan.

While she did not expect the post to go viral, the young girl told Cebu Daily News that she took photos and made the post to honor this guy. 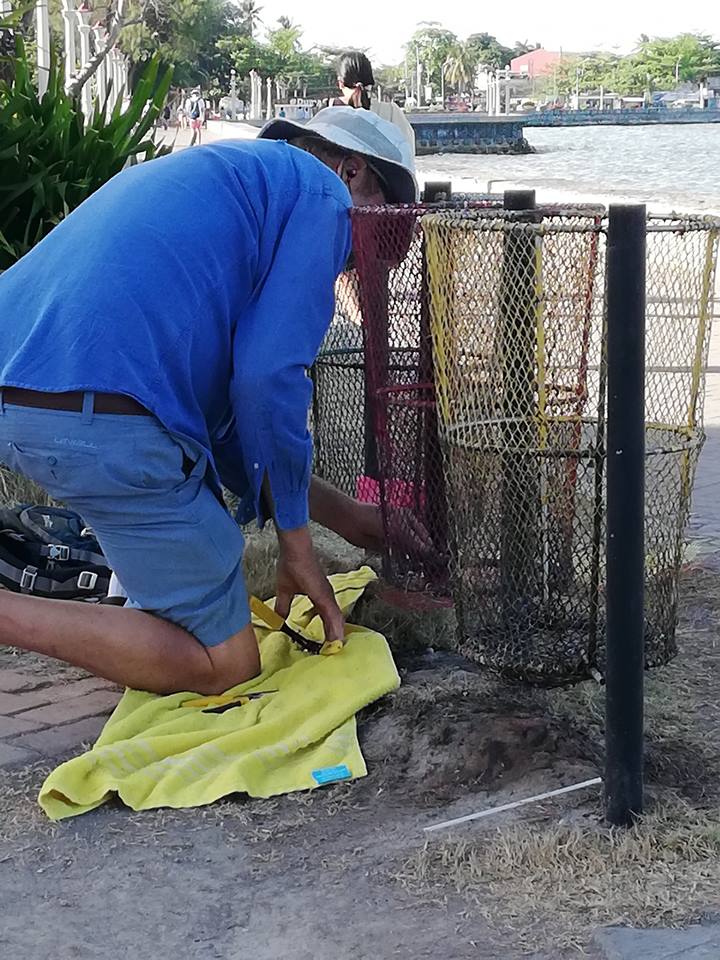 She wants him to be recognized for the good deed, especially considering that it is now rare these days to find people who are actually concerned about our surroundings and the environment. She added that it’s rarer still for a foreigner to have to do this, considering he is from another place.

According to Montermoso, she wants this guy to be an inspiration for everyone…