In the Philippines, it is quite common that the eldest siblings become the second parents. They don’t just help raise the younger ones, caring for them as babies and taking them to school later on, they also become the ones to support their younger siblings financially as they have jobs as adults.

While some families make the younger siblings stop going to school so the older ones can go to college, there are also many families whose older siblings quit school so they could find a job to support the family.

Recently, the post of a certain Ghel Martinez went viral because it shows a reality that many eldest siblings face – and it is an inspiring message that it can be done, despite poverty.

The eldest of six siblings, Ghel learned about responsibility even as a young kid. Their father didn’t have a stable job while their mother is a housewife. Thus, even when she was still in elementary, she learned to find ways to earn money; she would sell food items like mangoes, guavas, gelatin in a cup, and other things.

During weekends, she would help sell vegetables with her aunts or go around town to find recyclable materials in trash bins. 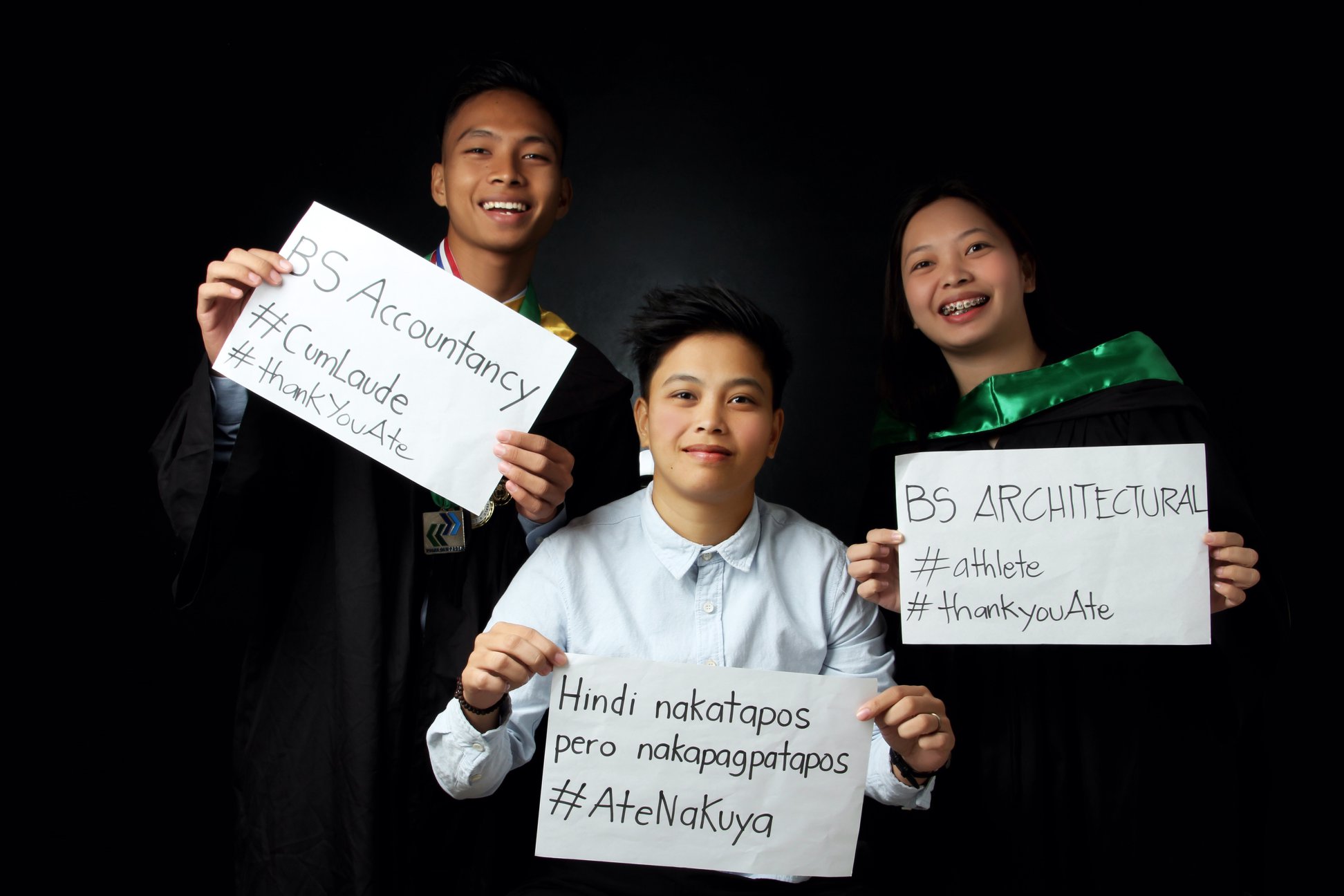 One night while she was in high school, as she watched her grandma cooking one piece of dried fish, she made a vow that she would become a soldier or a policeman to help the family have a better life. Even then, she knew she’s part of the LGBT community, but also believed she has the responsibility to help her family.

But her dream of graduating from Criminology to become a cop didn’t materialize. She had to find a job to support her family as they were all bigger now and needed more money for food. She also didn’t want her siblings to suffer, saying she wants to be able to provide them with their school supplies and other needs. Thus, her dream changed. Instead of wanting to graduate from college, she promised to work hard so all her siblings can earn their degrees!

In a post that has gone viral on Facebook, she detailed the hardships they experienced as a family and shared a photo with her college-graduate two siblings while holding a note which read, “Hindi nakatapos pero nakapagpatapos #AteNaKuya.”

It touched a lot of hearts and she earned praise from netizens who admired her stand in life. Some netizens were hoping these two would return the favor and help her graduate in college while also helping their younger siblings earn their respective degrees…