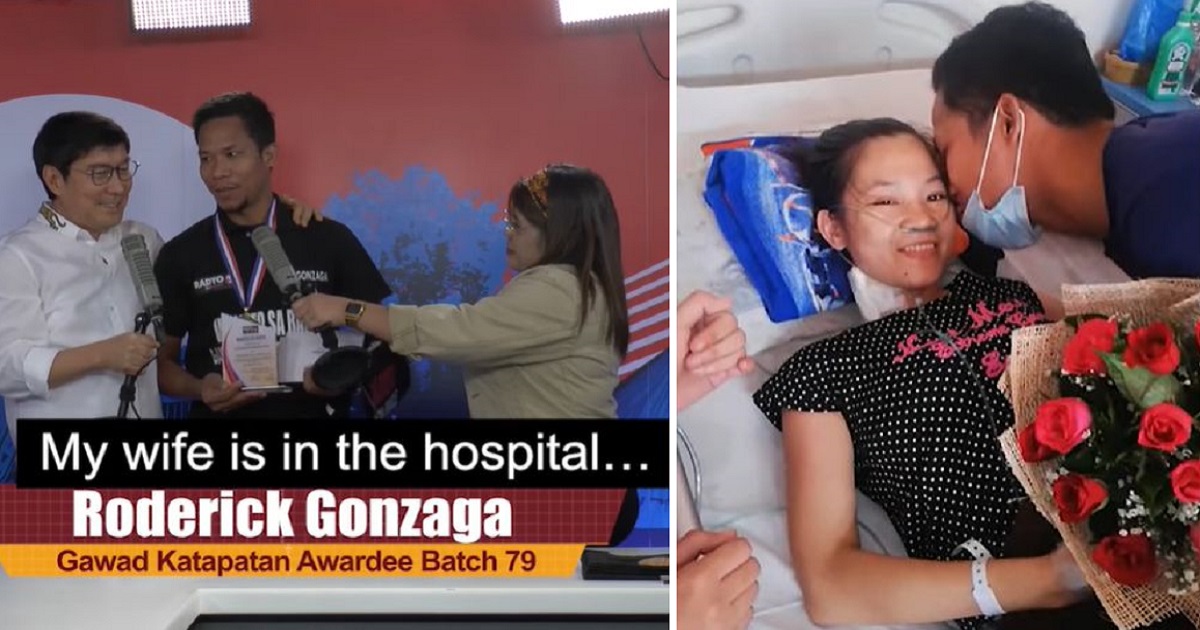 A taxi driver earned praise and received a big reward from Raffy Tulfo after he returned a wallet with Php8,000 that was left in his cab, even though he needed the money because his wife is in the hospital!

Roderick Gonzaga of Celec Transport, UVO 576, is one of the recipients of the Gawad Katapatan Awards, batch 79, given by TV5 through Raffy Tulfo and his program. A taxi driver who hails from Bacolod City in central Philippines, Roderick was hailed for his honesty in returning a wallet left in his cab.

Tulfo was surprised when he was the only one who attended the awarding ceremony at TV5, but it turned out that his wife was confined at Jose Reyes Hospital for a serious kidney condition. He certainly needs the money for his wife’s medical bills, but Roderick chose to be honest. He turned over the wallet to TV5.

For his honesty, he did not just receive a medal and plaque from Tulfo for the Gawad Katapatan Awards, he also received an additional cash reward of Php25,000. Tulfo also promised to pay for his wife’s hospital bills, medications, and anything that the doctor might order. If they needed anything more, Tulfo also promised to provide assistance because of his honesty and integrity.

Janice, Rodericks’ wife, also received flowers and fruits from Tulfo to help her recuperate. The couple are planning to return home to Bacolod City so Janice could find help from her mother because Roderick could not work while she’s still sick since they don’t have anyone else to care for her in Manila as they were just renting a space in Tandang Sora.

Thanks to his honesty, Roderick received a big reward and became an inspiration to many. Kudos, Sir!

What is Gawad Katapatan Awards?

The Gawad Katapatan Awards are given by Raffy Tulfo to people who showed exemplary integrity and honesty, particularly in returning huge sums of money or valuables even if no one was watching or had seen them find the item.