Everyone knows how difficult it can be to become a doctor or a lawyer, judging from the low passing rates in the licensure exams for both professions. Yet one woman was able to nail both as she passed the Physician Licensure Exams and the Bar Exams! Isn’t that impressive?

Dr. Jean Joan D. Polido, 33, certainly impressed a lot of netizens after she was among the law graduates who passed the 2018 Bar Exams, the results of which were released on May 3 by the Supreme Court.

Wearing a stethoscope around her neck to signify that she’s a doctor, but posing with law books on the table, Polido shared a photo with a simple caption that held so much meaning:

“TO GOD BE ALL THE GLORY!

The post has quickly gone viral, gaining over 54k reactions and more than 30k shares on Facebook. A lot of netizens congratulated the new lawyer, with some joining in on a friendly debate as to how she should be addressed now: as Attorney-Doctor or as Doctor-Attorney. 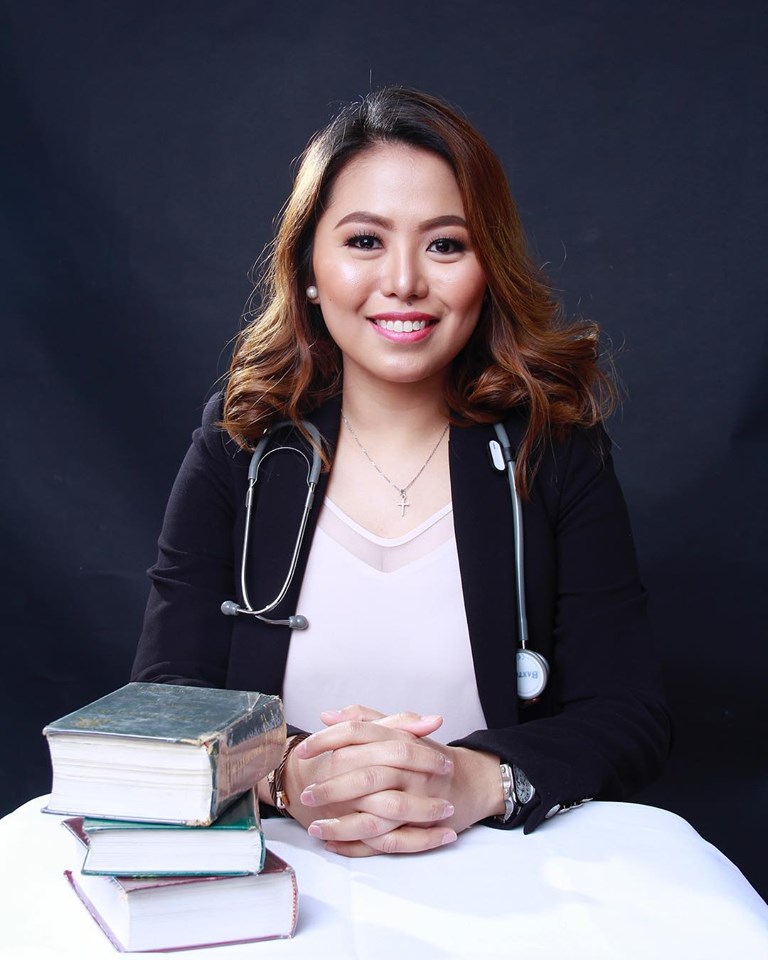 “Growing up kasi my father would always say na ‘Ito ung anak ko na magiging doctor.’ So it was his dream for me na eventually I came to love also,” she told the Inquirer.

An obedient child, Polido completed her course in medicine at the University of Santo Tomas in 2010. Although she practiced medicine, her dream of becoming a lawyer remained in her heart.

Since she didn’t have a specialty in medicine yet, Polido decided that it might be a good idea to enroll in law to achieve her dream. Thus, she enrolled at the Arellano University School of Law while juggling time to include practicing medicine and also spending time with her family.

Back in her early years in Law School, Polido taught medical technology students at the Trinity University of Asia, but she had to quit on her third year because the Law subjects have gotten more difficult.

When she took the Bar Exams last November 2018, Polido was 7 months pregnant. Unsure whether she passed or not, she did not join the crowd waiting for the results to come out in front of the Supreme Court in Manila last May 3. She only went there to have her photo taken after she received confirmation that she was among the 1,800 law students who passed!

“There is no best method in studying for the bar,” she said, when asked what she could advice those planning to take the Bar Exams this year.

“By the time you graduate, you must have discovered what works best for you. Work harder on areas/topics you are having difficulty of and perfect the subjects that you believe you are good at.”

A student sells veggies in school – and recently expressed his happiness after receiving support from his schoolmates and professors.

Would you also sell something to your classmates and teachers?

Student Sells Veggies in School to Support Self

Did you know that many students have supported themselves through college (some from grade school to college) by selling something or working while juggling their studies?

For example, some years ago, a Grade 1 pupil went viral for selling vegetables after school – but he isn’t the only one who experienced this. Many continue to do it.

Recently, Jacinto Allam went viral for selling vegetables to his schoolmates and professors.

Already a third-year college student, Allam thanked his classmates and professors for buying his vegetables.

The post touched so many hearts and it quickly went viral.

He explained that even if he started selling veggies at a young age, he still continues to do it to help support his family.

He also explained that their family needs to budget the Php300 to Php400 money they earn for the day to meet their daily expenses.

Netizens were touched by his dedication and offered words of encouragement to this fine young man.

What Students Can Sell in School?

This might depend on the school’s policy, but in those that allow students to sell something, food is usually the most common option.

Certain hygiene and beauty products are also quite popular.