Politics is always a sensitive topic. Many families, even couples, end up not speaking to each other due to opposing opinions about their respective candidates.

The mid-term election recently held in the Philippines seems to have affected a number of people – and this sparked a rather heated Twitter war between actress Angel Locsin and a Pinay doctor based in Singapore. 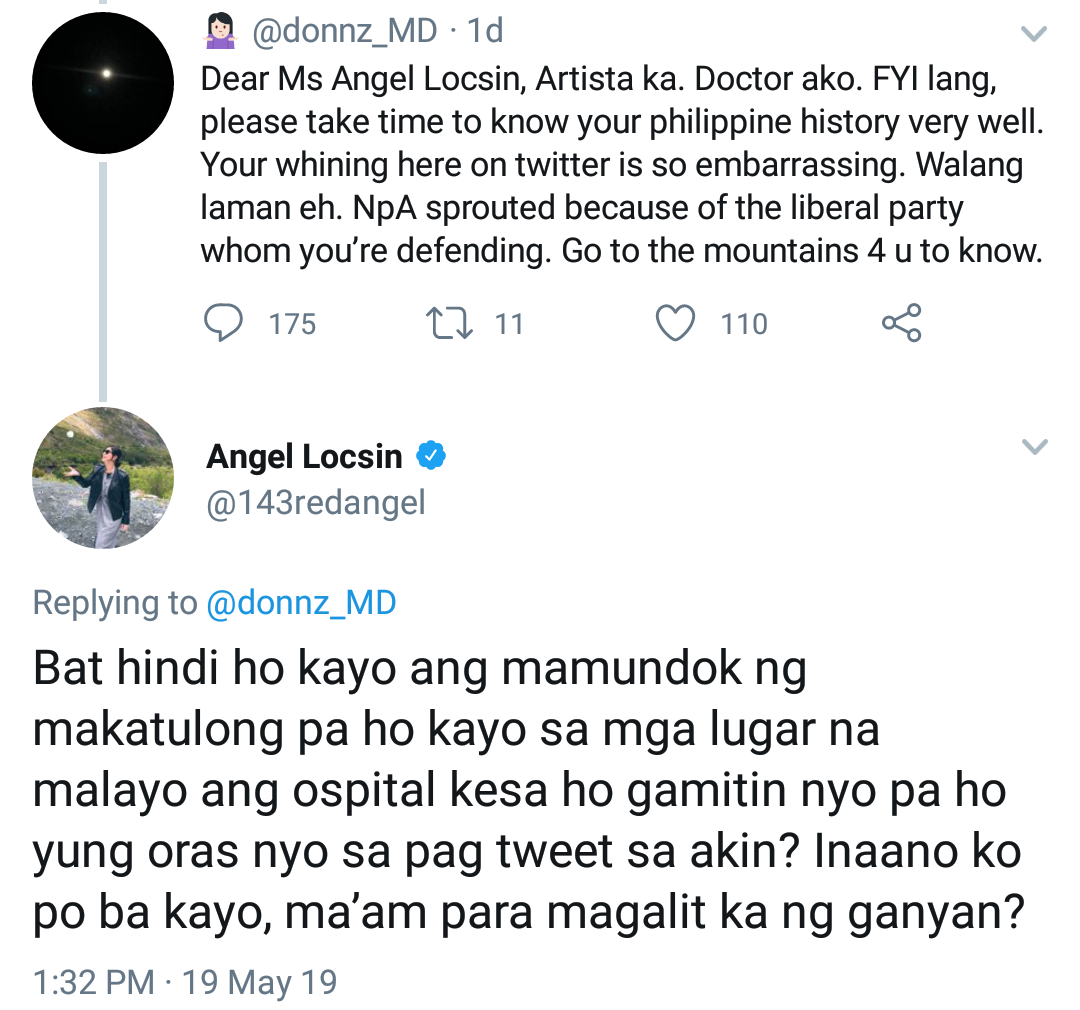 In posts on Twitter, the doctor who goes by the handle @donzz_MD blasted the actress (whose real name is actually Angelica Colmenares) for supporting Neri Colmenares, her cousin. Many believe Colmenares is a communist; by supporting him, many are also tagging the actress as one. 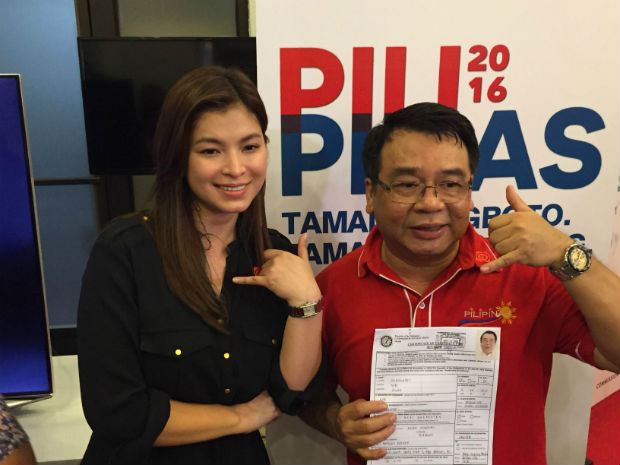 But this doctor is among the boldest of all as she even tagged the actress in her post. In screenshots shared by Fashion Pulis, the two exchanged bitter messages on Twitter. 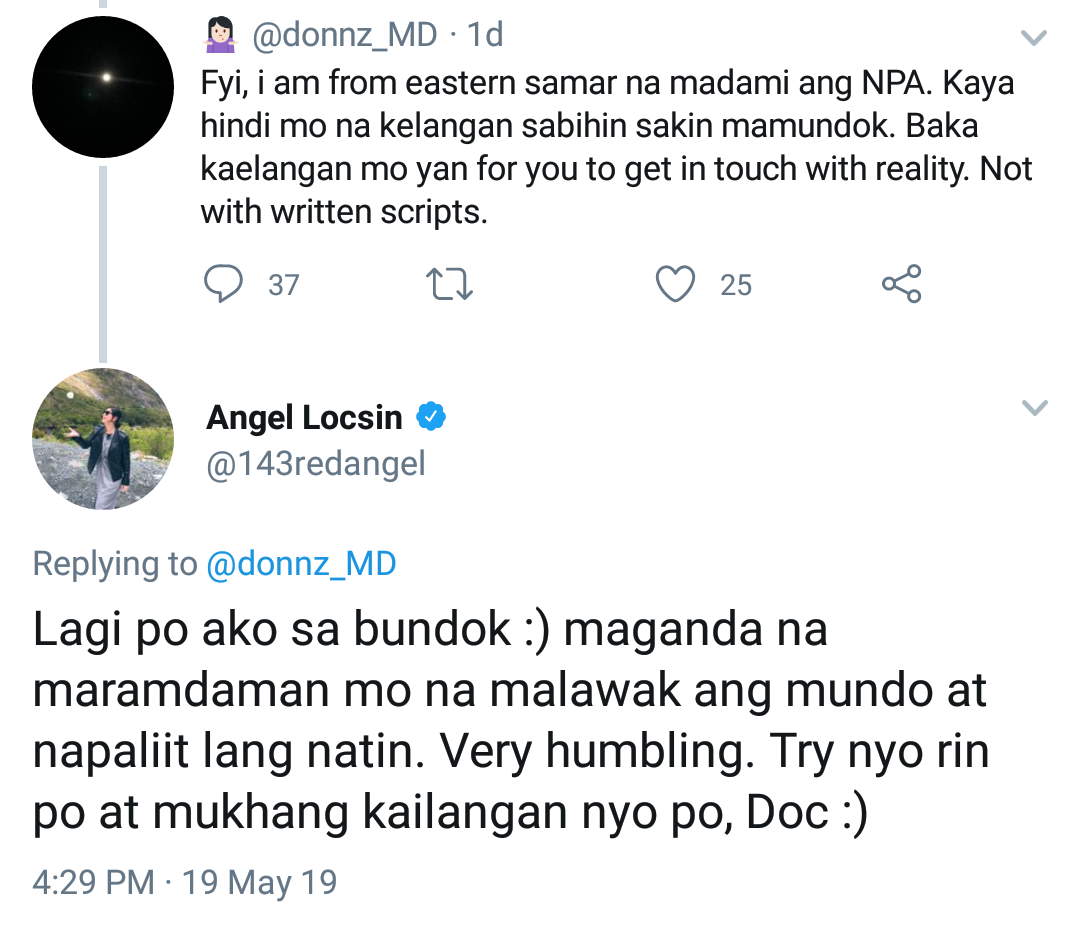 To which the actress fiercely replied. 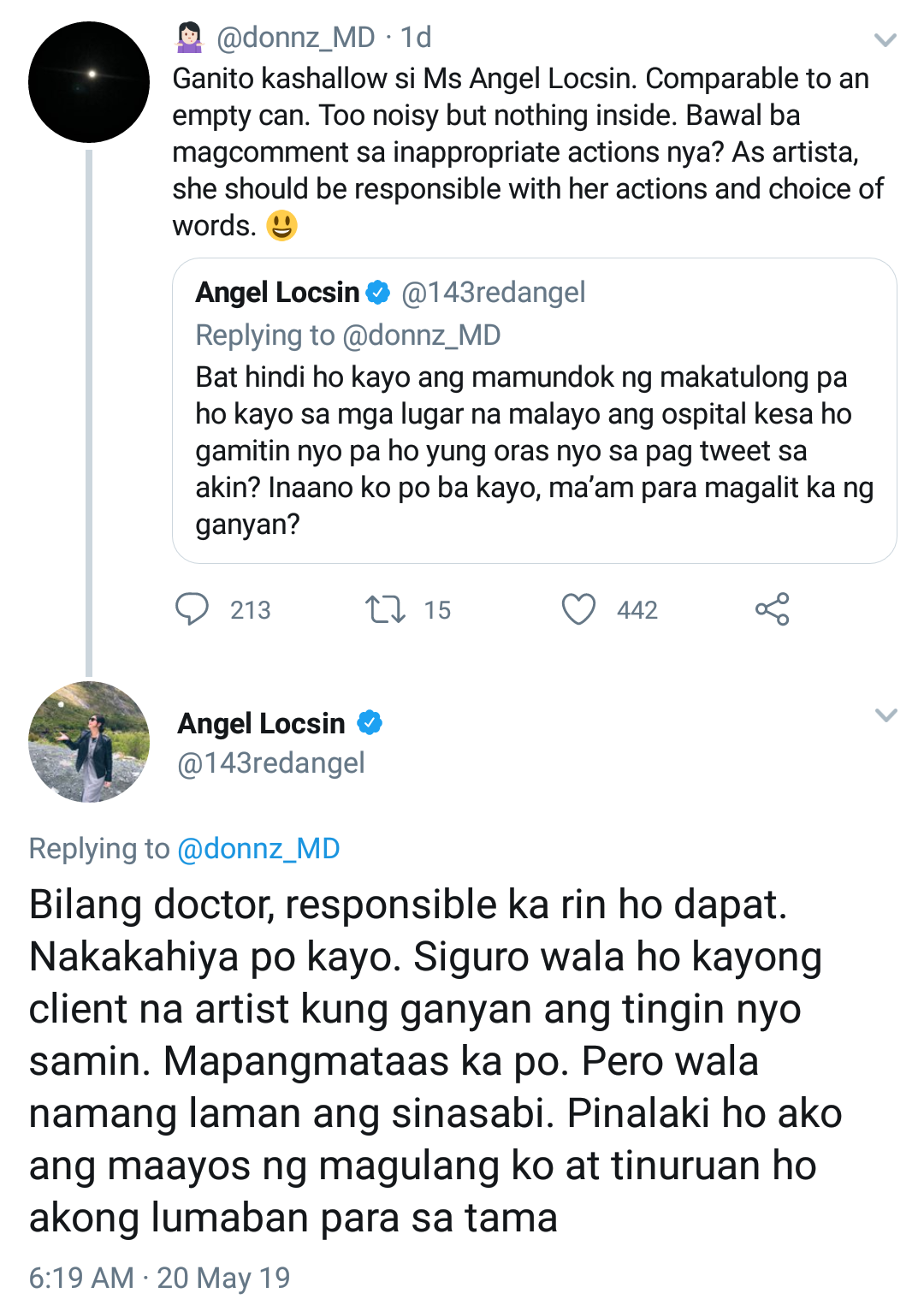 The doctor told Angel that she comes from Eastern Samar where there are lots of NPAs in the mountains. Angel replied that she also enjoys going to the mountains where she feels humbled by the experience that the world is so big and we, humans, are so small. But the doctor mocked her reply, saying her mountain experience must have been Sagada or the Blue Mountains.

Quite a fighter, Angel fired back at the doctor. Their war on Twitter got the internet divided; though many people are taking Angel’s side. 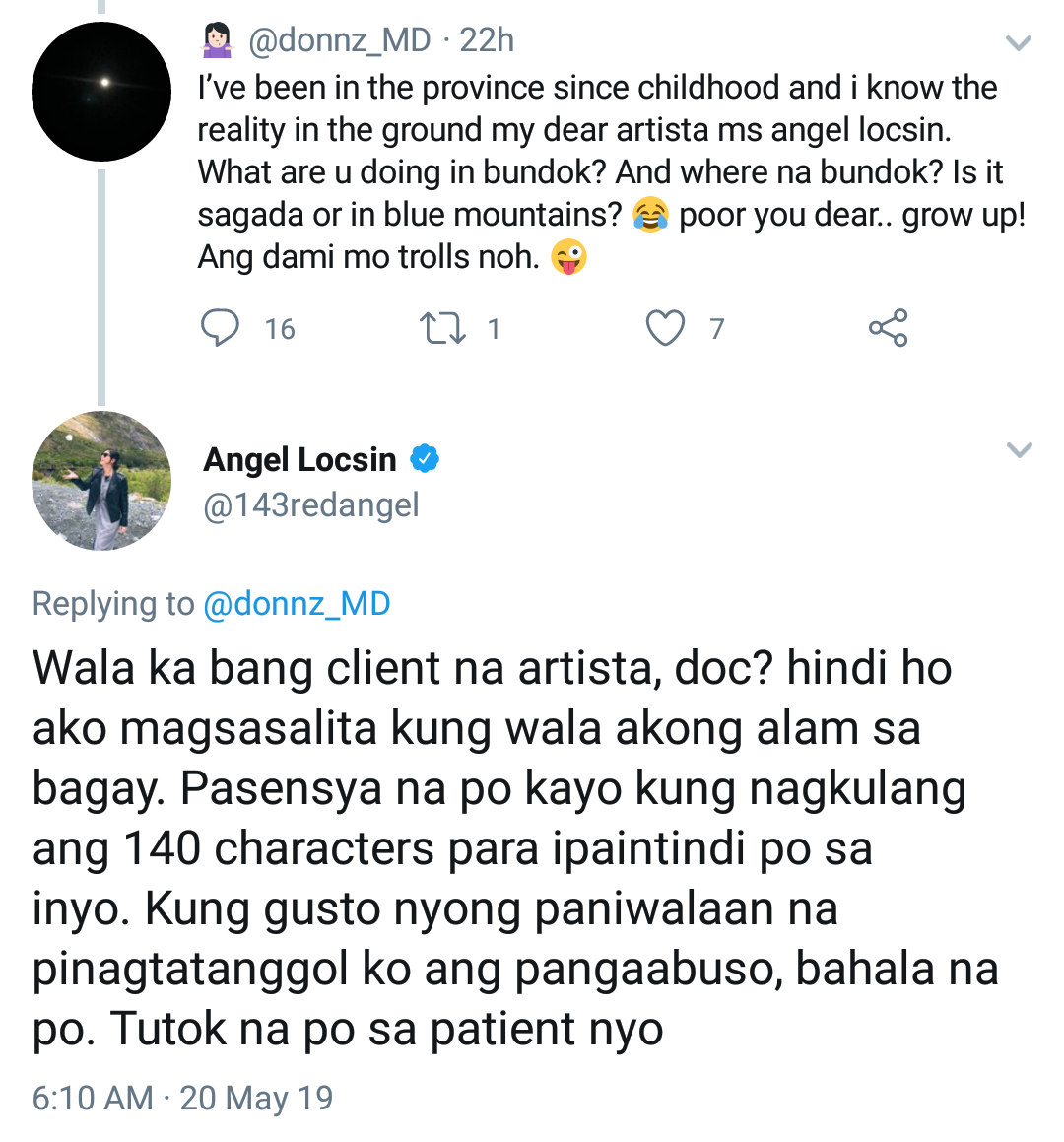 While many don’t support her candidate of choice, fans are saying everyone is entitled to their own political opinion and choice of candidate because we live in a democratic country. What’s important is that we respect each other’s choices.