While it is true that a grade is merely just a number on a piece of paper and should not, technically, define the student’s future, it could also not be denied that the grades we get do help dictate what happens in the future.

For example, those who work hard on getting good grades eventually find good jobs because they learned the value of their hard work. And while being an honor student is no guarantee that you’ll get a good job with a high pay in the future, it does feel good for the students and their parents to see the fruits of their labor in this manner.

For this reason, one dad readily gave his son a whopping bonus of Php9,500 for getting an average rating of 95% in the first grading period of the school year. Thanks to his high grades, James Russell Maullon ranked first in their class, 12 ABM 3 – Loyalty at the Senior High School Department of Pasay City South High School. 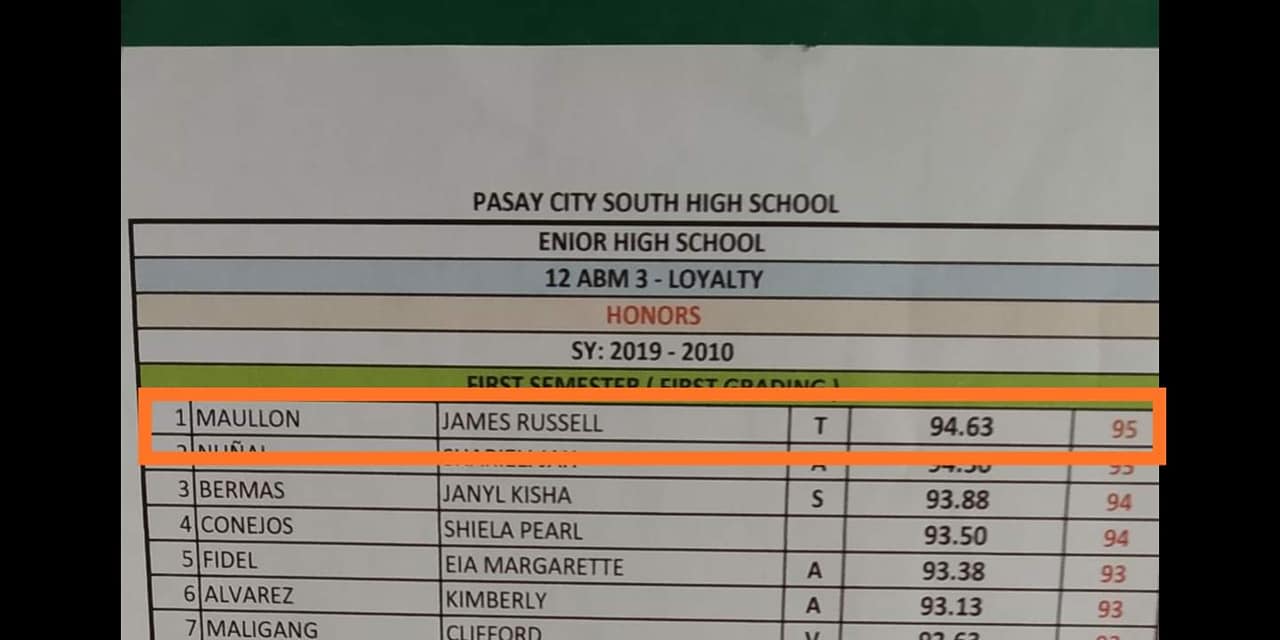 Netizens were pretty impressed at what this dad did for his kid, saying that this is certainly a great motivator for the kid.

He shared a photo of the boy’s achievement in the announcement posted by the school, plus a photo of the money he would give as reward for the kid’s high grades. 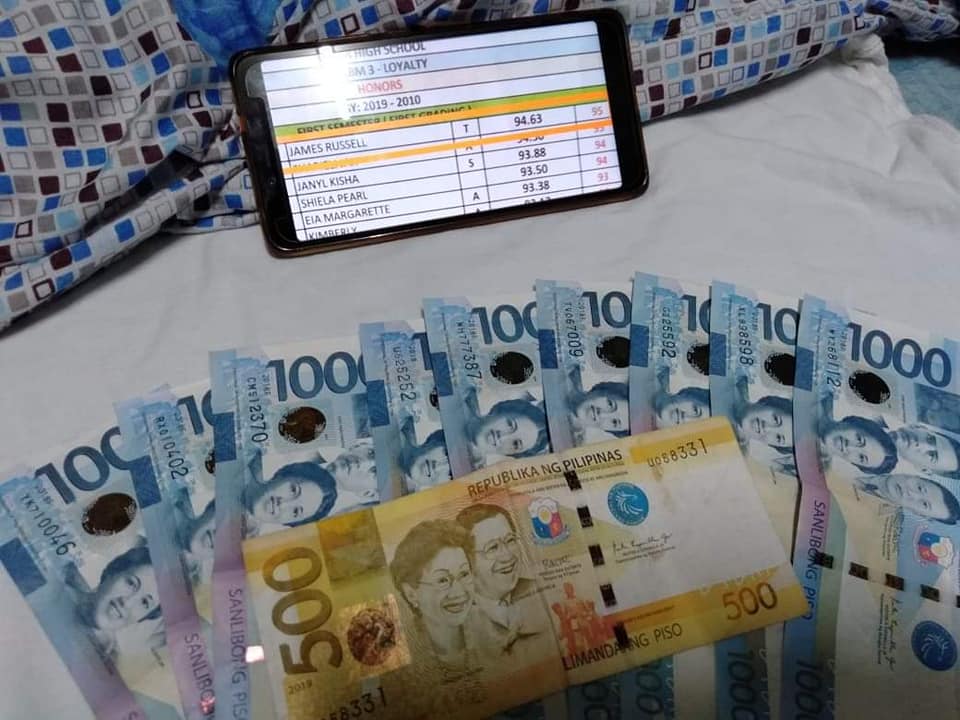 But some eagle-eyed netizens had a good laugh at the clerical mistakes on the announcement. As petty as it sounds, they pointed out that the kid was not in senior high school but some ‘enior high school’ they had no idea what. Also, others noted that the children of that school will be time traveling because their school year starts in 2019 but will end in 2010. LOL.