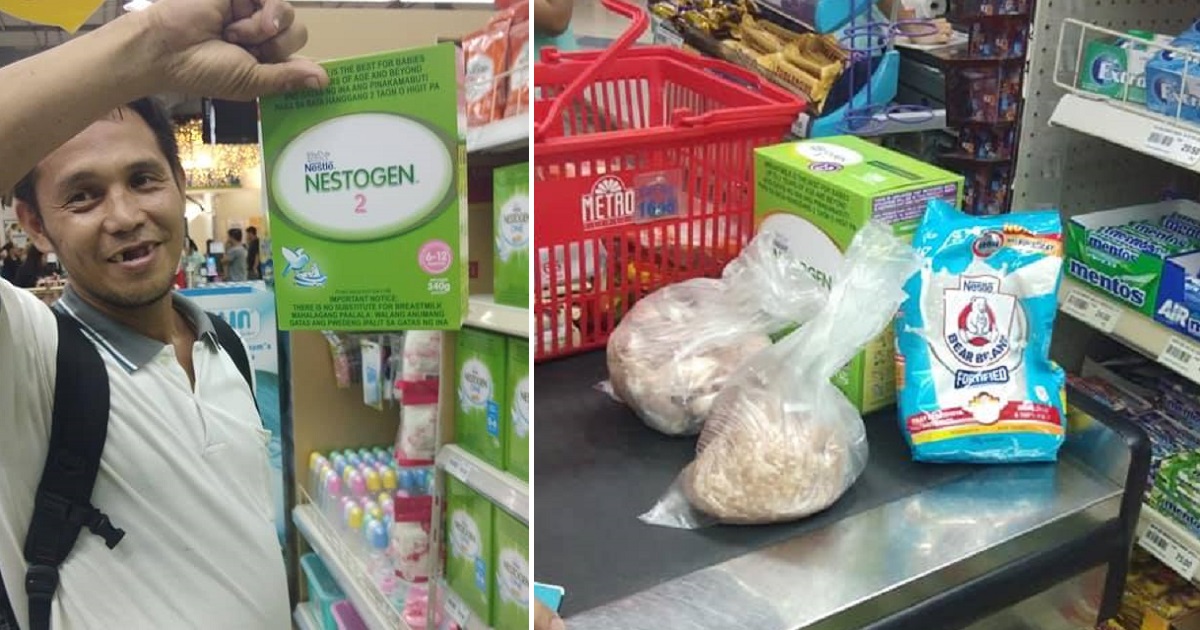 Parents will do anything and everything for their children, especially when it comes to providing them with food to nourish their young bodies and help them survive. But the sad truth is that not all parents can afford to provide their children with food, especially milk and vitamins that many children greatly need.

One dad recently encountered such a problem but how he was able to solve the dilemma touched so many lives that it went viral on Facebook.

Jaive Joseph Roble was on his way home when a man approached him, asking for Php10 to add to his money so he can buy milk for his children. He added that he had been trying to find a job as construction worker but there were no vacancies in the area at the moment.

Seeing that the dad appears nervous and unsure what to do next, Jaive decided to ask how much he needed. The guy, later identified to be a certain Jerick Reyes, told Jaive that he had already collected Php150 from other people and needed Php10 more so he could buy Nestogen which had a price tag of Php160.

Tatay Jerick told Jaive that the milk would last for around 2 days for his younger child while the older one uses Bear Brand.

Jaive was torn between giving the man some money and just going on his way but something urged him to take the guy to Market Market.

Inside the grocery store, Jaive decided to buy the bigger box of milk so the dad could have an ‘allowance’ until he finds a job. The kind-hearted young man even added a pack of Bear Brand for the older kid and some grocery items for the family so they can have food for the night.

Jaive shared that though he also had problems of his own, debts to pay and other challenges, he was happy that he was able to help this dad and his kids even for just one moment. Isn’t this wonderful?