One dad recently apologized to his son because he can’t treat the young man on his graduation, even at a fast food outlet like Jollibee, but his son penned a touching message on Facebook that made a lot of netizens cry.

Ryan Russel Reyes recently graduated from Senior High School under the Humanities and Social Science track from the Philippine Christian University in Malate, Manila. An achiever who graduated with honors, Ryan had also been the PCU-SHS SSG President SY 2018-2019, a news writer at The Scroll Publication, and a participant or delegate in several school-related events.

As he graduates from Senior High School, however, the young man did not have a grand graduation party like other graduates. His driver dad just could not afford to splurge on his party and could not even bring him to Jollibee. While this saddened his dad, Ryan did not mind because he knew the hardships his dad had to experience to send him to school.

In a post on Facebook, Ryan shared his story – and this got a lot of people crying. 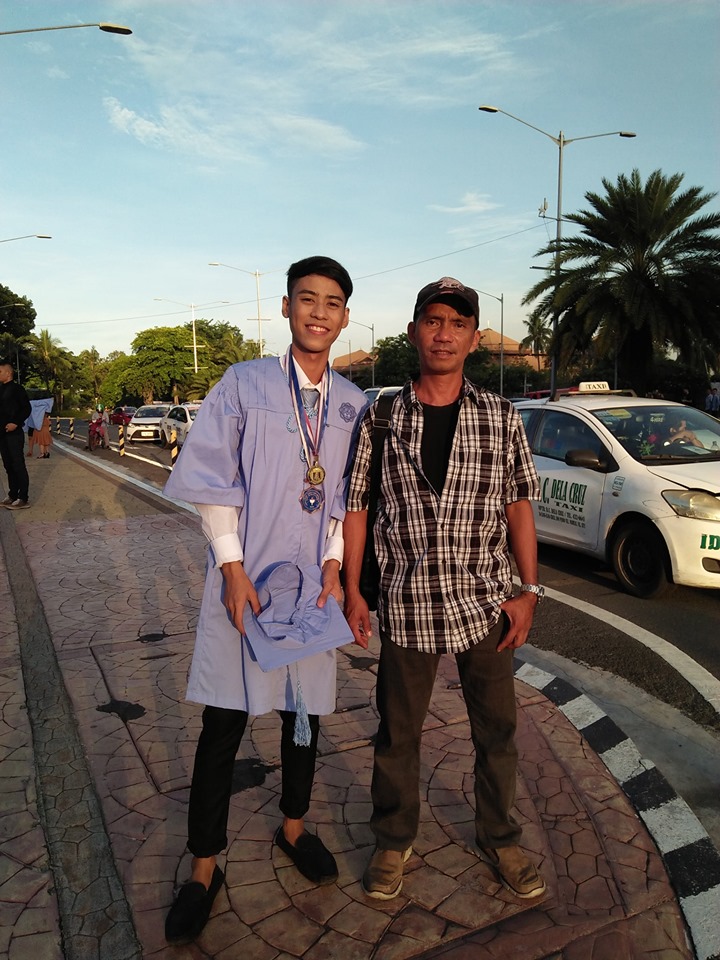 But Ryan understood everything and knew that his father’s sacrifices are for his future. He expressed pride in his dad and gratitude that his dad accepted him as gay, something that many gays have to struggle with. For Ryan, the day is not for graduates like him but for parents like his dad.

Though he did not have a party for his graduation day and his dad could not even afford to treat him at Jollibee, he still felt that he was lucky to have a dad like him.