In the Philippines, it is a sad reality that education is a privilege. While every child has the right to education, many Filipinos are so poor that they could not afford to send their kids to college. Many can’t even send them to high school despite the ready availability of public schools in many areas.

But many young minds are admired for their determination to complete their college education, even if that meant working extra hard and not getting enough sleep just to earn money during their extra time.

Twitter user @iskolarium recently shared the photo of a hardworking student who juggles her studies with her night job at an outlet of Burger Machine. According to the original uploader who usually hangs out at the store, this young woman is the regular night attendant at the burger joint, but it was only recently that he discovered she was actually a student by day.

One night, the young woman was running late for her shift and was not able to change her outfit. Thus, she was still wearing her school uniform when she reported for work. As she studied while waiting for customers, @iskolarium expressed admiration that this young lady is doing her best to work and support herself, including her family. 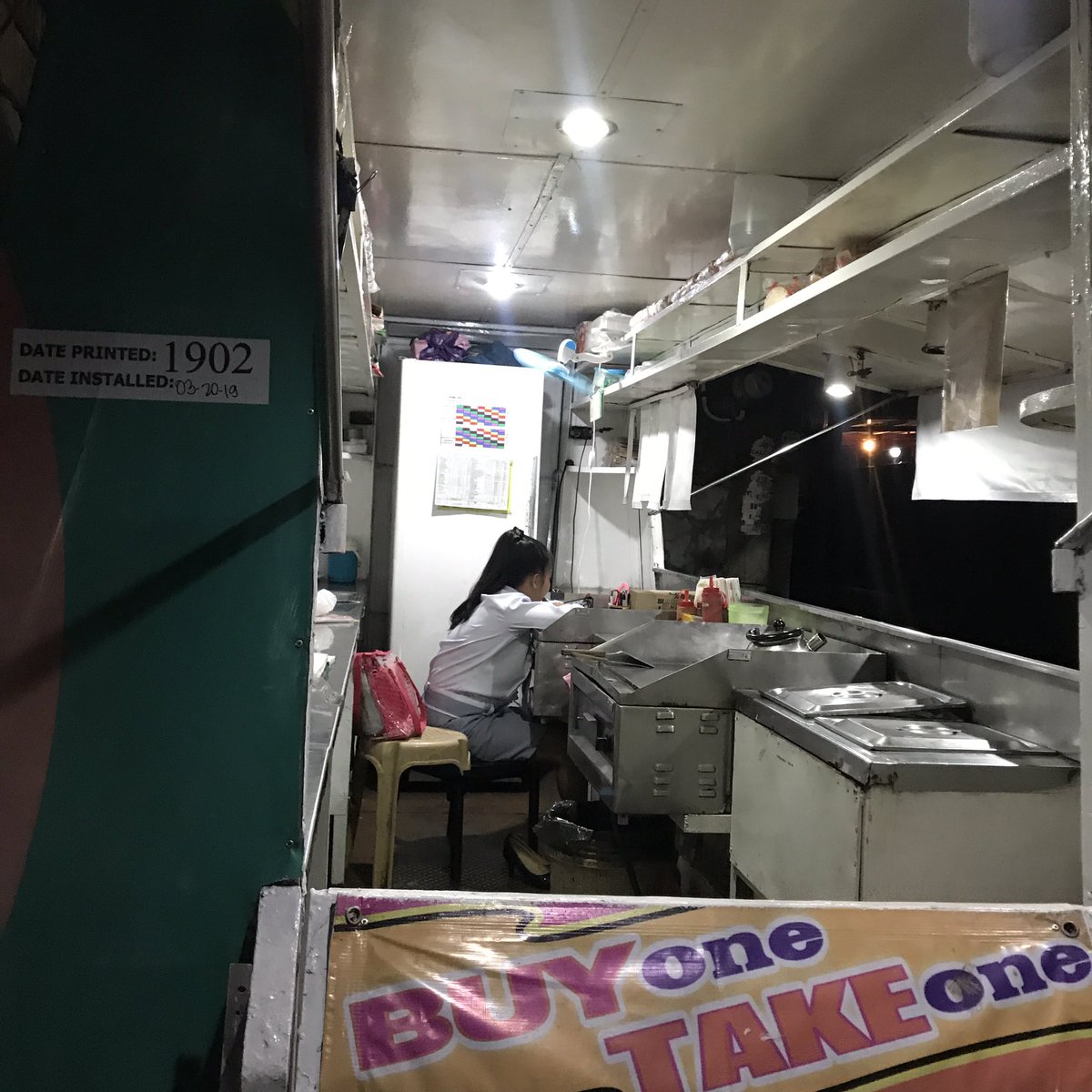 It was obvious that her studies also made her tired, with @iskolarium sharing that he sometimes sees her sleeping when there were no customers. But he admired how she continues to report to work even if she could not sleep well.

Chatting up with the young student, @iskolarium learned that she’s a first-year student at BestLink, a school somewhere in Novaliches. She goes to school from 3PM to 9PM. Then, she rushes to the Burger Machine stall for her 9PM shift. She gets to go home at 6AM, rest a bit, and get ready for school.

The young lady comes from a broken family. She earns Php435 per day; though @iskolarium was not able to ask whether she also enjoys employee benefits like SSS and Philhealth. But he knew she doesn’t receive night differential despite her shifts being entirely nights.

A salute to this young woman! May you find success in life…