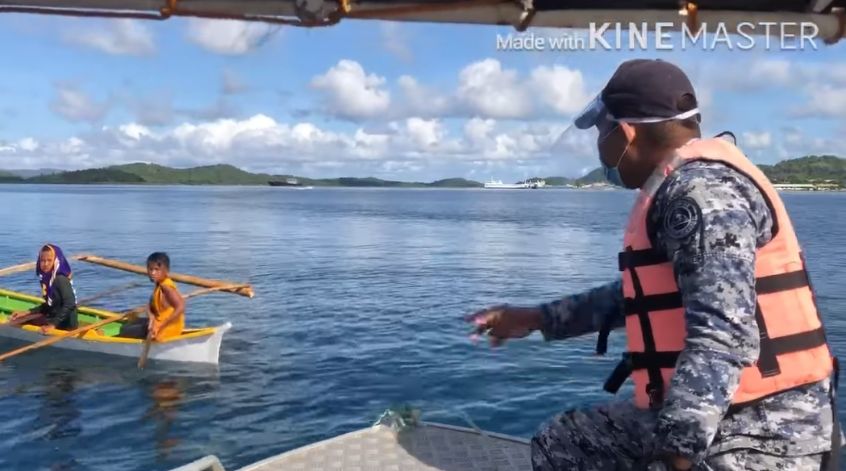 Coast guard ‘catch’ people fishing amid the GCQ, surprises them with relief goods! Isn’t that wonderful?

Farmers, fisherfolks, and other workers in the agri-business sector are allowed to operate even within the enhanced community quarantine (ECQ). This was particularly helpful for small-time farmers and fisherfolks who only farm or fish for their own consumption.

To help these less fortunate fisherfolks, the Coast Guard in Siargao in southern Philippines surprised them with relief goods out at sea!

The Coast Guard patrolling the seas off Siargao wowed netizens as they provided relief goods to the people they ‘caught’ fishing.

Two young boys were left in tears, fearful that they were caught fishing even if they are underaged. The kids cried, explaining that they had only gone fishing so they can have something the eat.

The Coast Guard joked that they will be ‘caught’ but their tears turn to joy when the officers handed them relief goods instead. They were surely thankful that it was just a joke that they got caught and that their parents had to answer to the law.

But the boys were not the only recipients of the Coast Guard’s free relief goods. Many other fisherfolks also got bags of groceries from these kind officers. With their small banca, powered only by their arms as they paddle out to see, these fisherfolks could only catch a handful of fish a day. But it was touching that they were able to receive the free relief goods for rice and other food items from the Coast Guard.

Who are the Coast Guard?