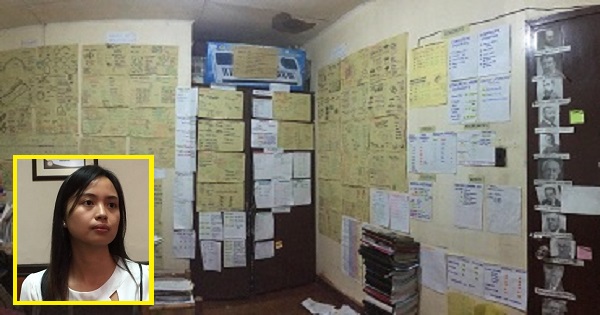 A room filled with notes? That’s one of the secrets why a young lady from Cebu topped the Architecture Board Exams!

“Hard work is the key to success!”

Everyone knows this – and such was best exemplified by Justine Lei Ramos, the topnotcher in the January 2019 Architecture licensure examinations (ALE).

Justine hails from Alegria, southern Cebu. Aiming to build a dream house for her family, the young woman took up Architecture at Cebu Institute of Technology-University (CIT-U).

for her family, the young woman took up Architecture at Cebu Institute of Technology-University (CIT-U).

Her first course had been BS Medical Technology but she would later shift to Architecture after realizing her first course didn’t bring her happiness or even make her try to overcome the challenges of the subjects. She found her calling in Architecture.

This young lady’s dad had been an overseas Filipino worker (OFW) to support the family and send the kids to school; however, he was retrenched from his job last year.

Knowing her father had sacrificed a lot of the family but might not be able to go back abroad to find a new job, Justine knew she had to work hard to pass the board exams.

Her dad told her to aim for the Top 10 because in doing so, she would try her best to study and review her lessons. Should she fail to make it to the Top 10, her dad said at least she would pass the board exams – and that’s still a wonderful thing!

Justine’s proud brother, Sean Ramos, shared photos of her notes-filled room because he knew all the hard work she did to study and make it to the top.

“All the hardwork and sleepless nights had paid off! This is my sister’s room. Top 1 in 2019 Architecture Licensure Examination 😁😁 Lei Ramos,” the young man wrote.

Truly, the room was impressive! Many netizens could not imagine themselves making that much notes. Others said that they might copy this method to review for their upcoming board exams, too. 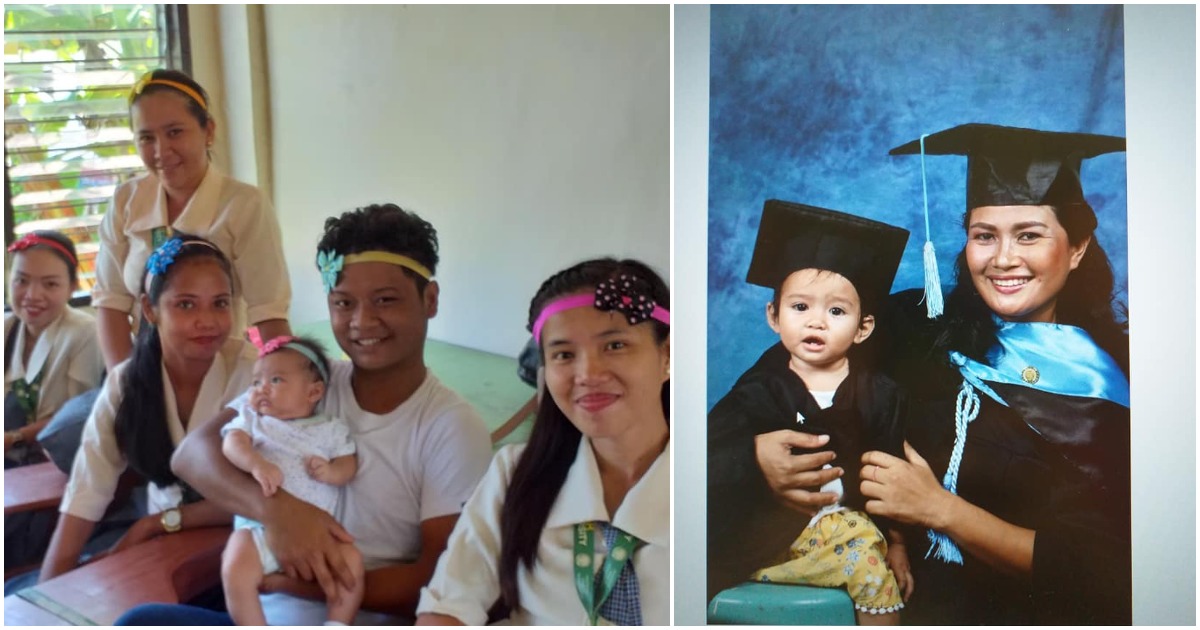 “My son is my classmate,” shares an education student who had to bring his son to school every day. But the sweet story has gone viral and has served as inspiration to many.

There are a lot of students who are unable to continue with their studies due to poverty but there are also many that had to quit school after having a baby. A lot of these young students could not return to school because their parents no long want to support them or there is no one else they can leave their baby with.

She was unable to go back to school at first because her child was diagnosed with G6PD deficient; this could lead to Hemolytic Anemia if the child eats the wrong food. Thus, Ira can’t just leave the baby with anyone.

Already in her 30s, Ira knows that she can’t afford to delay her education because her baby would grow and need more from her. If she doesn’t go back to school now, she might never be able to finish her studies at all.

“Classmate ko ang anak ko,” she would later share as she posted her graduation pictures together with her son.

While most schools have no policy against young parents bringing their children to school, such should be arranged with the school head or teachers. After all, despite kids being cute and all, they can also be a distraction in the classroom.

Make sure to ask permission and explain your valid reason for needing to bring the child to school. Thankfully, most teachers easily understand the situation and wouldn’t mind having kids around.