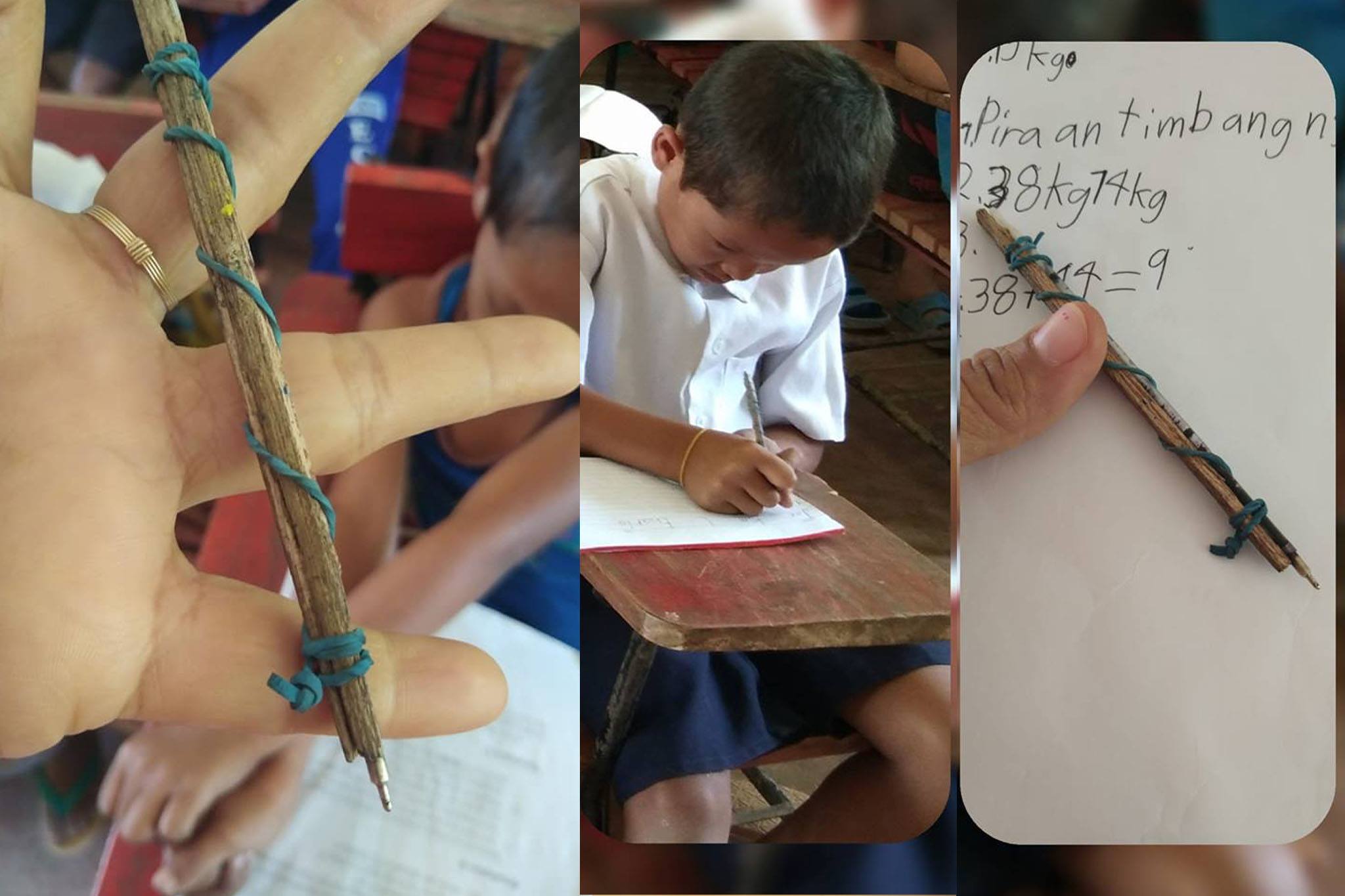 A little kid who diligently goes to school with a ballpen that he made from wood and rubber band has touched netizens’ hearts, with many offering to send him a box of ballpens he could use for many, many months!

Photos of the kid would go viral after these were posted by the Philippine Star. The pictures were taken by Maricor Baculanta who greatly admired this young lad’s ingenuity in creating a makeshift ballpen because he could not afford to buy a real one. 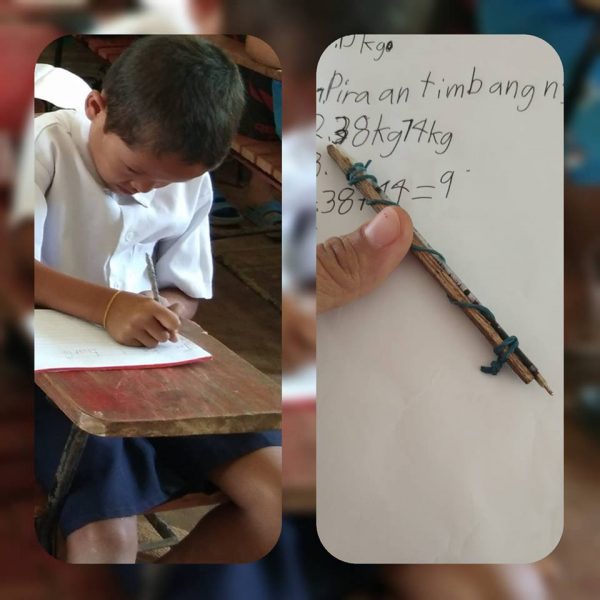 While some ballpens go as cheap as less then Php5 each, this kid really had no money. Thus, he just used wood and rubber bands to create a ballpen out of a refill. 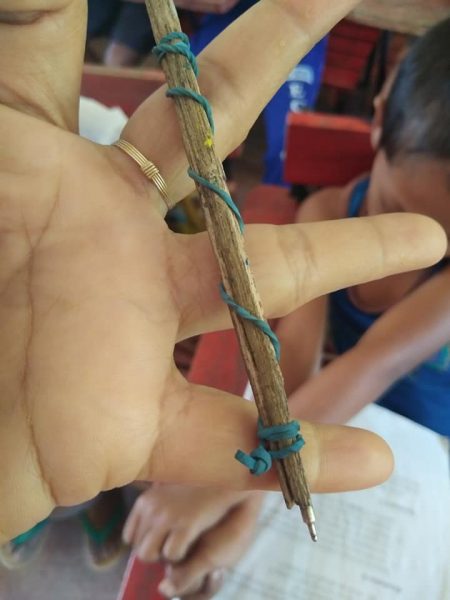 This kid’s perseverance touched the hearts of netizens 💞

Armed with a makeshift pen made of ballpen refill, a piece of wood and rubber band, a boy from Santa Rita, Samar goes to school despite the lack of school supplies. (Photos courtesy of Maricor Baculanta)

It turned out these photos were first uploaded by Moshi De Vera-Bacs, the Facebook account of Maricor Baculanta — kid’s teacher.

Despite the makeshift ballpen, the kid was able to copy his seatwork well; though it also seems that he doesn’t also have a notebook!

His plight has touched so many netizens’ hearts, with many also saying they experienced a similar thing while growing up.

Others called on the country’s politicians to focus on kids like this who actually needed help and could use the money for much-needed school supplies.