It was back in June 2015 when someone snapped a photo of Daniel Cabrera as he studied outside McDonald’s, diligently doing his assignments under the light of the lamp outside the store. The post had gone viral, with the kid gaining praise for his determination.

The photo was taken by Joyce Torrefranca, a student at Cebu Doctors’ University (CDU), Mandaue City Campus. The spot at the McDonald’s outlet at the North Reclamation Area in Mandaue City had been a regular place for the kid to study because he and his family don’t have a home. 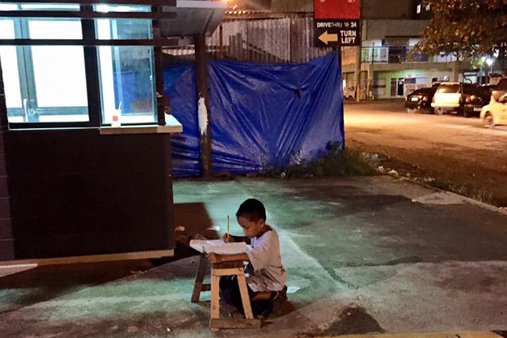 With three kids to care for, Daniel’s widow mom Maria Cristina Espinosa admitted that life was difficult for the family. She only earns Php60 a day as ‘caretaker’ of a food stall across the CDU during evenings while she works as laundrywoman during the day.

“It’s tough to have no husband. In one day, we only get to eat twice. Sometimes, I wait for someone who wants their laundry done by me,” she told Cebu Daily News.

She admitted that the family did not have a home. She would only put flattened out boxes underneath the tables of the food stall so she and the kids can have a place to sleep. To protect themselves from stray animals, she would put the chairs as ‘fence’ around her children.

The McDonald’s outlet was near the food stall, making it ideal for Daniel to study his lessons there. At the time, he was still a Grade 3 student at Subangdaku Elementary School. He actually had to walk about 4 km to reach the school, but the young boy did not mind because he was determined to go to school and become a policeman someday.

After his photo went viral, help poured in for Daniel and his family. A police official has reportedly promised to shoulder his college education.

More importantly, Daniel no longer had to study at McDonald’s or sleep under the tables of a food stall. Through kindhearted netizens who gave various donations in cash and in kind, the family was able to start anew.

For instance, Fr. Carmelo Diola of the Dilaab Foundation Inc. gave the family Php3,000; Maria Cristina used the money to pay for the downpayment of a room where they are still staying now. Thanks to a sari-sari store netizens also helped her open, she no longer has to work at the food stall or as laundrywoman to support the kids. They also have a steady source of income for their daily needs.

Daniel’s 20-year-old elder brother also has job now and is helping with the family’s expenses. 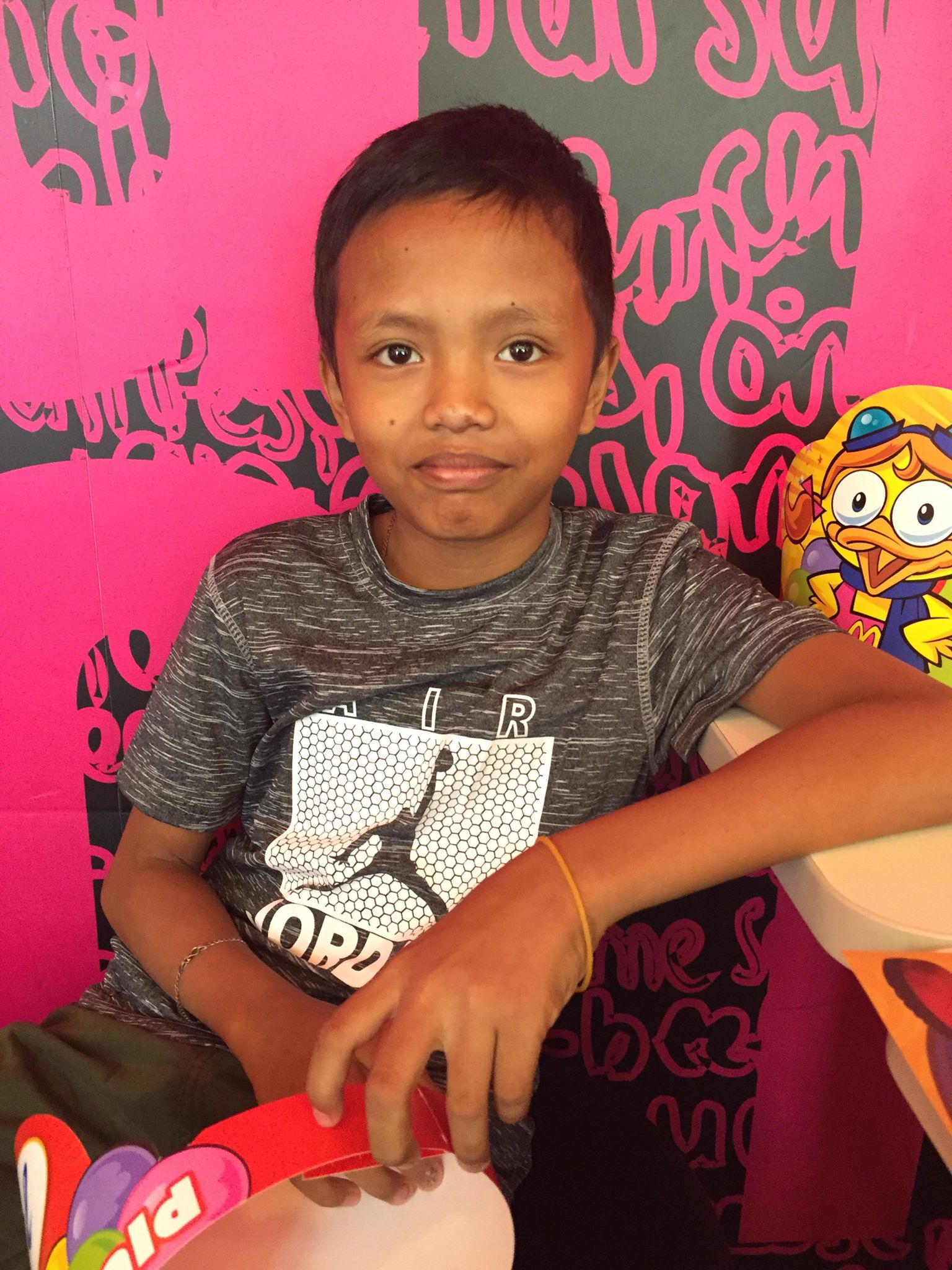 Recently, the McDonald’s North Reclamation Area branch had given him a congratulatory party for his graduation from elementary. But unknown to many, the store had actually been supporting Daniel since his story went viral!

He receives Php1,500 as monthly allowance from the management, something that he is set to receive until he finishes high school.

In return for all the help he received, Daniel made sure he focuses on his studies. He never misses a day in school because he wants to make sure he learns all the lessons.

The 13-year-old Daniel will be in junior high school this June. He hopes to take up BS Criminology in college so he could become a policeman as this was his dad’s dream…

A policeman falls in love with a transwoman – and is so in love with her that he feels so proud to show her off, even bringing her to an event with other policemen and their significant others. Isn’t that sweet?

The LGBTQ+ community (lesbian, gay, bisexual, transgender, queer, and others) is more accepted these days compared to the past years.

However, that doesn’t mean that they’re already 100% accepted.

In fact, many parents still refuse to accept that their kids aren’t straight, and would actually force them to change or they get disowned. Many parents also disown or get furious when their kids choose to love someone from the LGBTQ+ community.

Also, society continues to frown upon these unions, no matter how open-minded people have become.

But it seems that many netizens are in full support of a policeman and transwoman that he has fallen in love with.

“As what they said, love conquers all. Yes absolutely true,” Louise opened.

She explained that their love story started back when they were still students.

Just like other student lovers, the two didn’t have a lot of money and had to rely on their respective allowances to go out on a date.

“We both conquer every challenges that comes, hindi madali pero kinaya. Our relationship is one of those extra special. Why did i say extra special? A pulis men fell in love with a transwoman,” she shared.

“YES! I am a transwoman but he accepted me for who I am not because of my gender.”

They also experienced difficulty in getting accepted – and she once doubted whether her partner will ever be with her forever. But the guy proved to be a keeper.

“At first, nag hesitate ako if this man will love me unconditionally but fortunately di nya ko binigo sa mga expectations ko sa kanya.. HE TRULY LOVE ME UNCONDITIONALLY!” she happily announced, sharing their photos together.

They’ve been together for 6 years, and counting!

What’s the Difference Between a Transwoman and a Gay?

Both were born as boys, but people are confused between the two.

It’s actually complicated, depending on who’s making the definition. But here are the basics:

A gay person was born male but is more attracted to other males.

A transwoman is a person who was born as male but identifies as a female. Surprisingly, some transwoman still fall in love with a woman even if society expects them to now be more interested in men. Of course, many of them also end up getting attracted to men.