A group of best friends studied together for many years – and they might be so in tune with each other and have the same study habits that they would top the board exams together!

Almira Louise Olete Hinsoy and Dennise Kim Marie Bulquiren Luig were roommates for 3 years as they studied at the College of Nursing in West Visayas State University – La Paz in La Paz, Iloilo. They were also the best of friends, bonding over their lessons as well as fun stuff like milk tea, calligraphy, lipstick, and makeup. 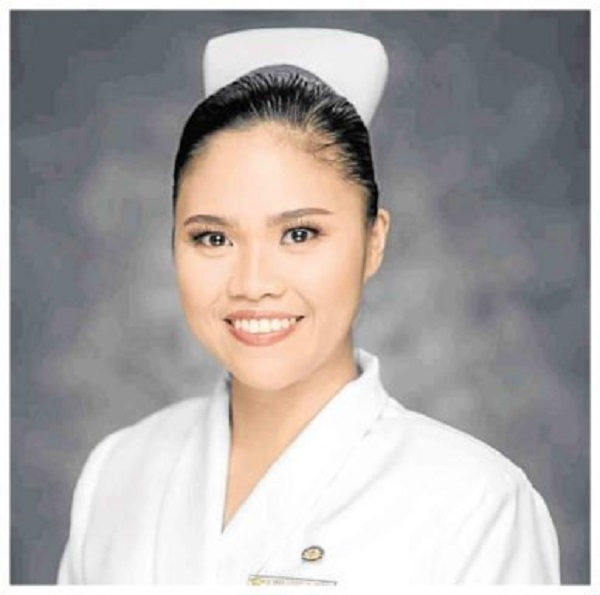 After graduation, the three enrolled in review lessons and joined their batchmates at WVSU CON. Many of the graduates felt pressured because the school had a great track record of producing 100% passers, except in 2017 when the passing rate was at 99%.

Many of them also felt that someone should be in the Top 10. 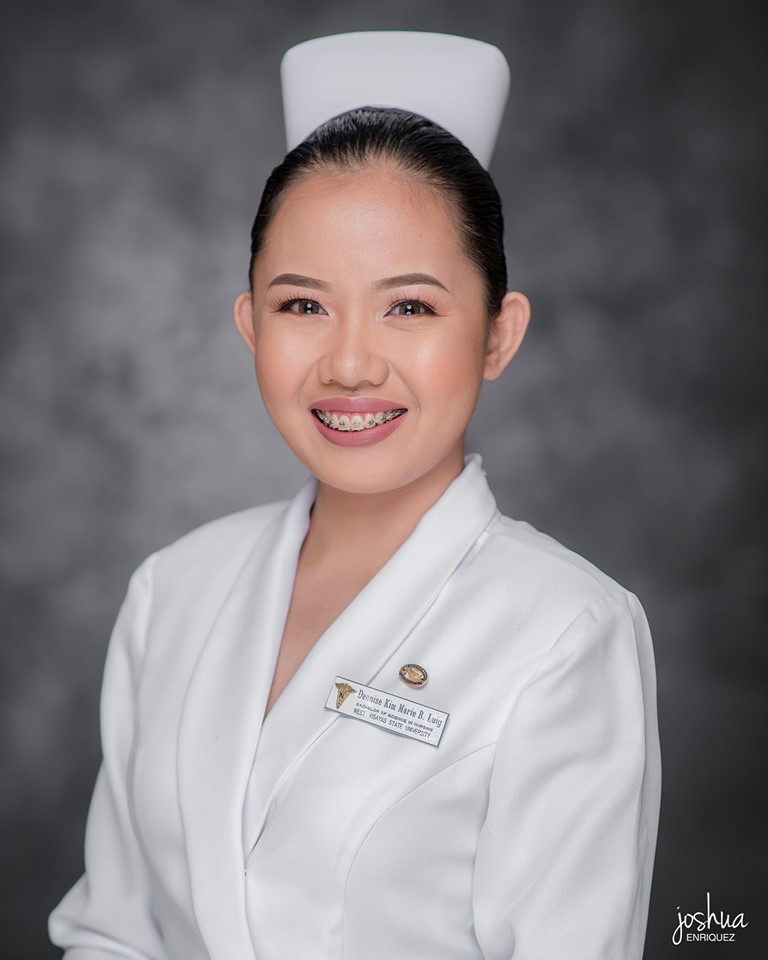 Who would have thought that they did not just have someone on the Top 10, they had three! In the 2019 Nurse Licensure Examination (NLE), best friends Almira, Dennise, and Thomas took the first, second, and seventh ranks, respectively.

As they share this wonderful milestone in their lives, the three could not help but recall the hardships they had to face before they achieved their dreams.

“It was sometimes difficult to wake up every day at 6 a.m. and even 3 a.m., to prepare for our daily reviews. But we were each other’s cheerleader and alarm clock,” Dennise shared.

They were not the only ones who had to push themselves to study harder. 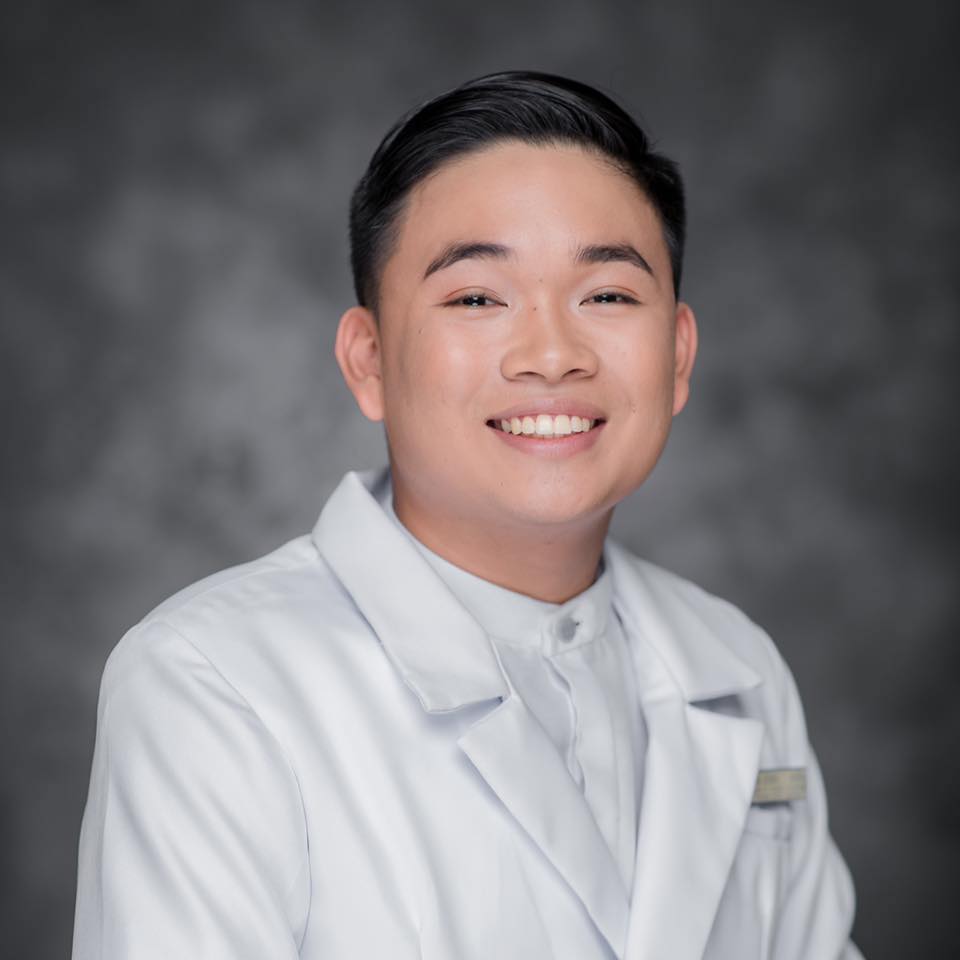 “The days of review were hectic. We needed to be at school earlier than the usual 8 a.m. class … Some of us would go to school at 2 a.m. and wait for the school gate to open just so we could get front seats,” Almira recalled.

Their hard work paid off, though, as the school got a 100% passing rate and twelve topnotchers! The three friends were just among the twelve who made it to the Top 10 from West Visayas State University – La Paz. 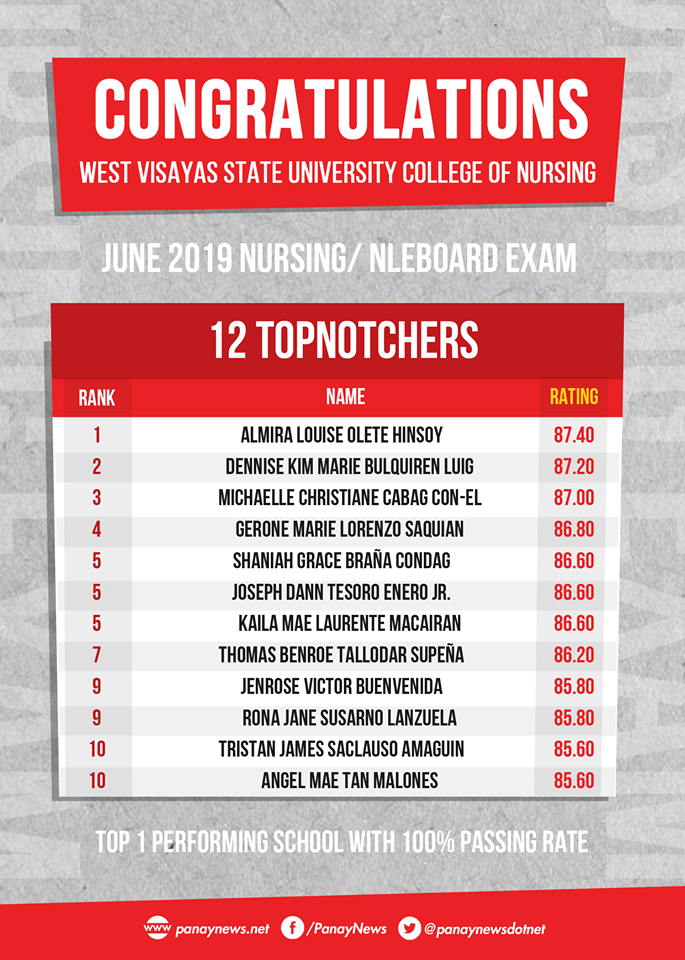 What’s a Board Exam?

A board exam is a test that professionals need to take before they could obtain a license to practice their profession and get a job in that field. In the Philippines, the tests are administered by the Professional Regulation Commission (PRC). The agency is also the one responsible for issuing the professionals’ license and subsequent renewals.

Have you ever experienced getting a failing grade in school?

A guy who failed in college recently went viral after passing two licensure exams – and he’s proving to everyone that you can still achieve your dreams despite experiencing stumbling blocks.

It is said that education is the key to success – but that key is so difficult to achieve, especially because you do have to pass all your subjects before you can go to the next level.

So many people fail, and some even have to repeat a subject or year level several times. But the key to finally achieving your dreams is to simply keep on trying. Eventually, you’ll get there.

That’s what happened to Prince Charles Agtarap Pascua, a young man who recently went viral for passing two licensure exams he took at around the same time.

But what’s more amazing about his achievement is that he had experienced getting failing grades in college, yet still managed to ace through the two exams.

The pandemic had affected licensure exams, with lots of canceled or postponed schedules. But Pascua was finally able to take the licensure exams in 2021.

When the results were released, Pascua found his name on the lists of passers for the two exams. Isn’t that impressive?

He explained that he draws inspiration from his father, a retired electric lineman.

Congratulations to the new engineer and registered master electrician!

Both work with stuff involving electricity. Though they have some similarities and should know the principles of electrical currents, they have plenty of differences.

An electrical engineer has academic training, while a master electrician usually has vocational training.

According to Best Accredited Colleges, these are the differences in their job descriptions:

A family cheers up student crying over “low” 83 grade, with mom telling her “Ako nga 73, eh!” The sweet, cheerful interaction as they encouraged her to try better next time and not worry about her “failing” grade went viral.

Different people and families handle certain situations differently. But it’s sweet to know that your family has your back and will always be there with you, no matter how tough the situation – even if that’s a failing grade or some unsuccessful venture.

For one family that went viral, though, the “tough situation” was brought about by a student (named Julia) who was crying over her “low” grade. It turned out that most of her grades were over 90% but she has one 83% in Filipino.

She was crying over the 83%, in fear that her mom would scold her and get mad because it was low.

But when she handed the digital card to her mom, the latter laughed and told her it was alright because back in the day she even got 73% — and was already happy about it! LOL

“Ako nga 73, eh!” the mom repeatedly assured the crying student who continued to apologize and cry over the “low” grade.

The video uploader, possibly her sister, also kept on cheering her up and also laughing that she was crying over the “low” grade because she was already happy with grades in the “line of 8” back when she was a student.

She even jokingly told Julia that she would be so happy and content with getting that kind of grade that she’d be absent for two days after that because she already knows she passed the subject.

Though they were joking around and laughing, it was clear that they’re trying to cheer her up. The mom also encouraged her to try harder next time.

Because she was sad that she might not be an honor student because of the grade, the family told her it was alright! She doesn’t have to push herself that hard over a grade. Isn’t that great?

The passing grade is 75% in the Philippine grading system.