Single-use plastics are among the top pollutants across the Earth, filling landfills, clogging many waterways, and wreaking havoc in the marine ecosystem that led to sea creatures eating these items.

This is the reason why it is a good idea to reuse and recycle plastics as well as other materials that could still be used again. However, this is really easier said than done because most people don’t really care about the environment. Waste segregation, recycling, and reduction are just so difficult for many to do. 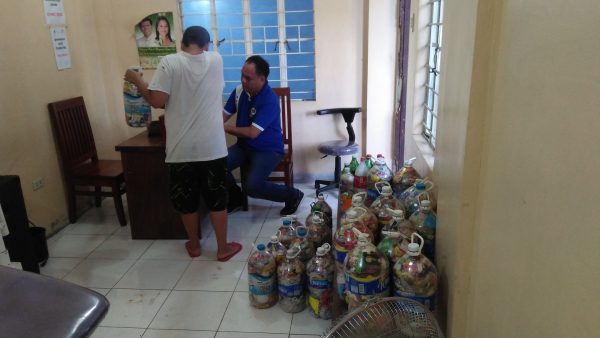 One barangay (village) in the Philippines has earned praise from netizens for their effective and innovative way of encouraging its residents to minimize waste and recycle plastic waste.

Barangay Tartaria in Silang, Cavite has a unique way of encouraging its residents to help save the environment by offering them 1kg of rice per 1 kg of recycled plastic waste neatly placed inside a large plastic bottle. 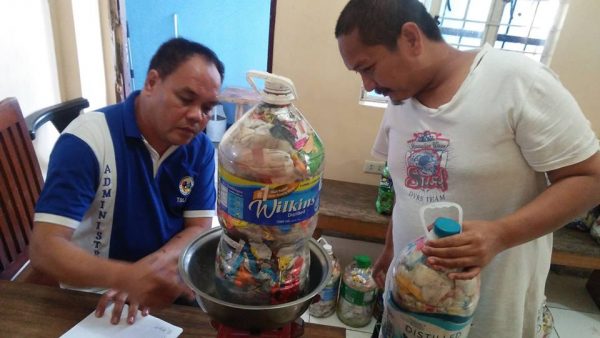 The plastic bottles should be brought to the barangay hall for the barangay officials to properly receive and document the items, before the residents are given the equivalent kilogram of rice as the plastics they submitted.

To ensure that they are truly making this program as eco-friendly as possible, those who wish to avail of the free rice are encouraged to bring their own eco-bags or other containers. 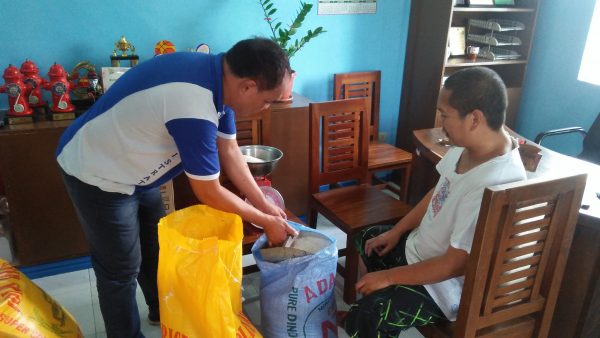 Barangay Secretary Karlo Manalo Alvarez also revealed that the project was launched back in October 2018, but the full implementation only began on February 4, 2019.

Over 60 kg of plastic waste have been accepted so far – and the barangay had released an equivalent amount of rice to those who submitted the recyclable waste. 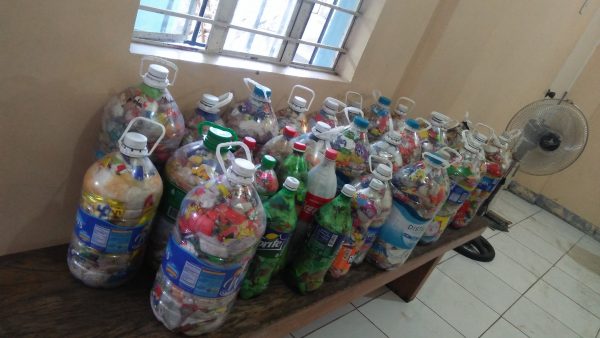 While the barangay did not announce yet what they would do with the plastic wastes they collected, some people have already shown willingness to buy these materials, possibly to make eco-bricks.

Kudos to Barangay Tartaria officials for coming up with this project! We hope this will also be done in other barangays across the country.

A one-legged pump attendant earns admiration from netizens for striving to work despite the difficulties he’s facing, while other able-bodied people are just begging in the streets or, worse, taking advantage of other people.

Many are hoping someone will get him a prosthetic leg.

Life is difficult for many people, but it’s extra hard for those with disabilities. What’s great, however, is that many of them are able to succeed in life and find ways to help themselves.

Many of them are even able to live independently and find a job.

Take for example a one-legged pump attendant who recently went viral after a video was shared by VISOR on their official social media page.

“Share ko lang po ito. This is the reason why I never give sa mga beggars na able naman, and props sa Flying V Molino for giving this guy a chance to work,” wrote a VISOR follower who messaged the page to share the video.

You can watch the video here:

What an admirable guy!

While the video uploader wasn’t able to get the attendant’s details, it was later revealed that the photo was taken somewhere in Bacoor Boulevard.

Prosthetic Leg for the Pump Attendant

After the video went viral, it reached many people who expressed a willingness to help.

Paanatiks Ph, an orthotics and prosthetics service, said that their team will visit the pump attendant and provide him with the much-needed prosthetic leg!

Other people also offered to help out. Since Paanatiks Ph is already sponsoring the leg, they encourage the others to be with them and share something else for him.

What wonderful news for this hardworking guy!

He wrote “katas ng kalakal” on the white board they used for taking graduation photos. Isn’t that wonderful?

Life isn’t easy for everyone. In fact, millions of people live in poverty and are having a difficult time making ends meet. Many of them don’t even have enough money to buy food.

What’s impressive, however, is that there are those who live below the poverty line but are striving to ensure that their lives become better through education or starting their own business, even with a small capital.

For Ross Leo Forbes Mercurio and his family, this comes in the form of education when he was sent to college by his dad, a PWD who is also a scavenger.

He dedicates his success to his dad.

He explained that even if his father is a PWD, he hasn’t heard him complain about life. Instead, his dad just continues on finding stuff he can scavenge to feed and support the family.

For all those sacrifices, Mercurio promises to give back and help ensure his parents will live a better life.

Do You Need a Business Degree to Start a Business?

No. Anyone can start a business, although it will certainly be a big advantage if you have a business degree.