For the second week in a row, a Filipina act has earned the much coveted ‘Gold Buzzer’ on Asia’s Got Talent, season 3. This week, 10-year-old Eleana Gabunada received a standing ovation from the studio audience and judge David Foster – and he pressed the Gold Buzzer for the Pinay girl!

Eleana shyly went on stage and told the judges that she wanted to become a performer and Broadway singer someday. 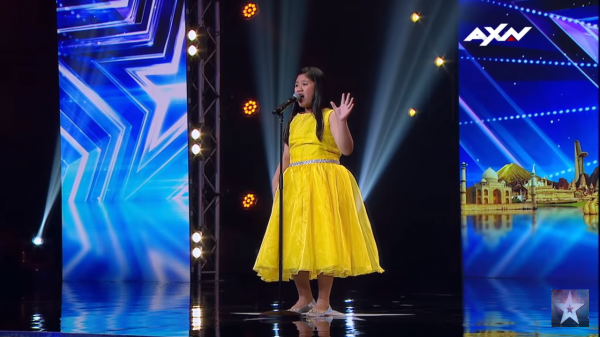 Wearing a charming yellow dress reminiscent of Belle from Beauty and the Beast, the lovely young girl sang an impressive cover of “Don’t Rain on My Parade” with such finesse that David Foster couldn’t help but be amazed by her performance. 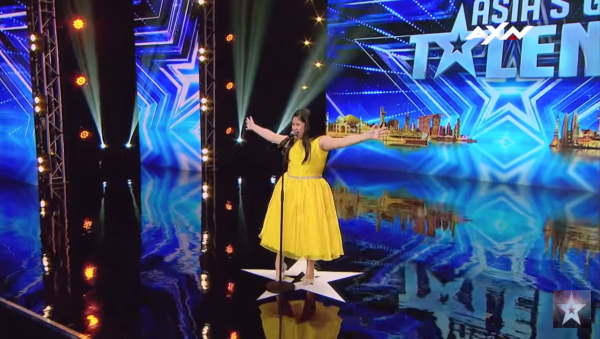 Of course, David wasn’t the only one impressed by the stellar performance. Judge Anggun could be seen smiling from ear to ear as she enjoyed Eleana’s song. As Eleana finished her song, Anggun called her as “Baby Streisand”, an obvious allusion to singer Barbra Streisand. 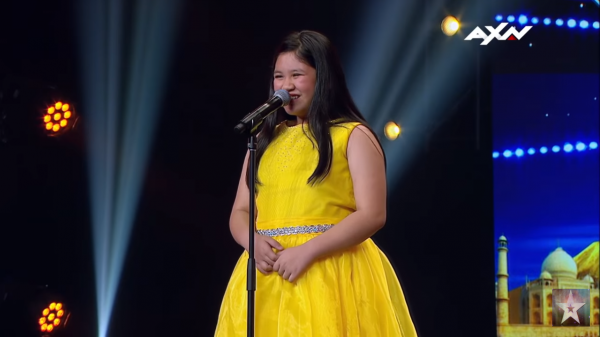 Anggun even excitedly told the other judges she wanted to vote first – and she voted “yes”!

While Jay Park didn’t seem as enthusiastic as the other judges, he did praise Eleana’s performance and pointed out that she’s one of the very few acts that received a standing ovation from David. 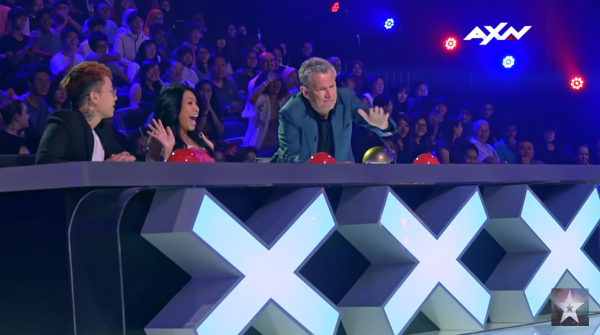 “There’s a lot of people much older than you that could sing that song but they don’t understand the genre, they don’t know what they’re supposed to be doing,” David told Eleana.

“But somehow at the age 10, you understand your mission and your job. And there’s no doubt in my mind that if you want to be in Broadway one day, you will be.” 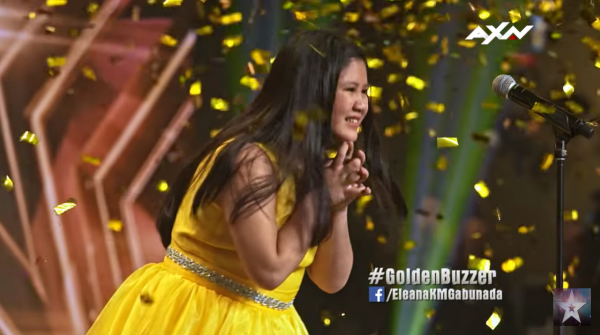 As David goes on stage, he reminds her to practice and to not let him down. This young lady is quite impressive; let’s see what she’ll be doing next… 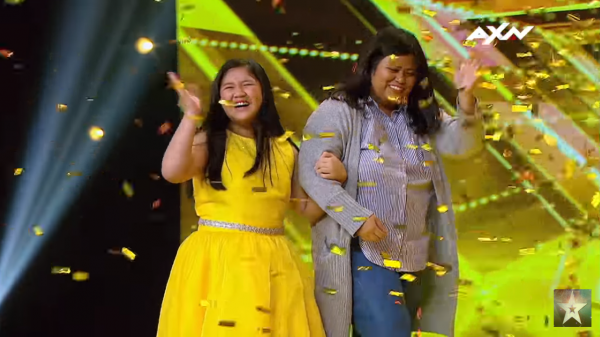